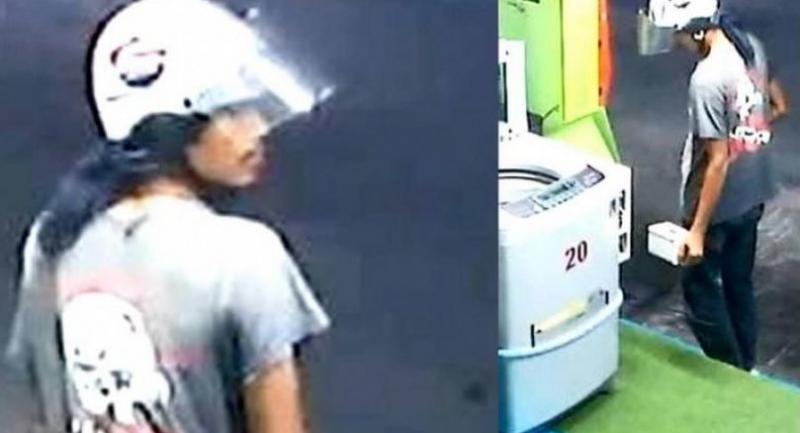 The suspect was seen wearing a helmet with a WSI logo on it, driving a Honda Wave125 bronze motorbike and carrying a pair of pliers with him. Photo: Chon Pokaiyapat

PHUKET: Police are searching for a serial thief suspected of stealing thousands of baht from washing machine coin slots in a series of at least 10 incidents over the past week.

The thefts took place in Phuket Town, with a number of users posting warnings and details on social media.

Facebook user Chon Pokaiyapat shared details of some of the incidents on his page, asking others to spread the word so that the perpetrator could be caught.

CCTV footage showed the suspect wearing a helmet with a WSI logo on it, driving a bronze Honda Wave125 motorbike and carrying a pair of pliers with him.

“This [footage] has allowed us to see the suspect’s face more clearly. He is dark-skinned and thin with long hair,” said Maj Akkaradech Pongphrom of Phuket City Police.

“If anyone sees a man matching this description acting ‘suspicious’, please come forward and inform us,” Maj Akkaradech added.