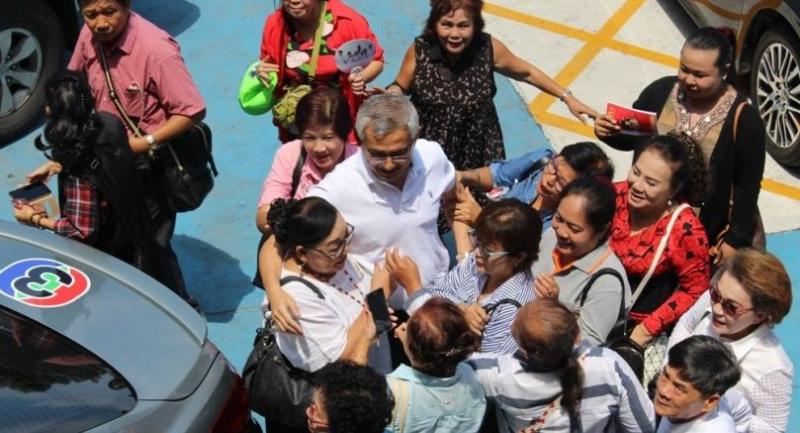 Leaders of the red-shirt United Front of Democracy Against Dictatorship (UDD) would face criminal charges in Chon Buri for masterminding disruption of the Asean summit back in 2009, even though they were not in Pattaya during the incident, Pattaya police said on Monday.

Senior UDD figures such as Jatuporn Promphan, Nattawut Saikua, Veerapong Musikapong and Weng Tojirakarn were in Bangkok during the incident, which resulted in the international summit having to be cancelled.

Pol Colonel Sahas Horavichit, deputy commandant of Chon Buri police station, said the red-shirt leaders would – following a recent complaint – be charged for arranging for the assembly of more than 10 people for an unlawful purpose, as the UDD demonstration had caused disruption of the Asean summit.

Sahas said police would also investigate the matter further and bring other suspects to justice.

He insisted that although the suspects were not at the scene, they could still be charged as there was evidence that proved their criminal intent.

The red-shirt leaders, who reported themselves to the police on Monday, said they questioned the procedure but were ready to cooperate.

The case regarding the disruption of the summit has already been settled in two courts, but an additional complaint was filed only recently with the police to press charges against the red-shirt leaders despite the fact that they were not in Pattaya when the incident took place.