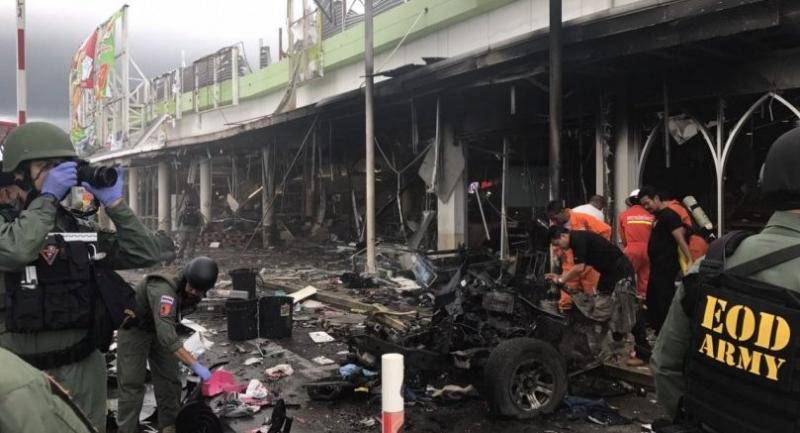 Students at Prince of Songkla University’s Pattani campus have been warned to avoid crowded places in the wake of Tuesday’s car-bomb attack at a Muang Pattani shopping mall that left 61 people injured.

University Vice President Imjit Lertpongsombat also offered condolences to the injured and to others affected by the bombing. She urged students and university staff to monitor the news about the unrest in the region but to avoid panicking. She said people should be more cautious about their surroundings and avoid crowded places.

One local student who asked not to be named said she was saddened by the bomb attack in her hometown. “The people who did this are really mean – they hurt many innocent people,” she said.

Another student, Rohani Yeedam, suggested the attackers wanted to demonstrate their ability and create chaos to draw public attention. “They obviously wanted to kill innocent people. Otherwise they wouldn’t have planted the bomb outside a Big C store.”

The owner of a clock shop inside the department store said many customers come to the Big C from neighbouring Narathiwat and Yala as well, making it the top branch in the South in terms of sales volume. “This attack really was a serious blow to the economy,” he said, urging the perpetrators to stop targeting such busy places.