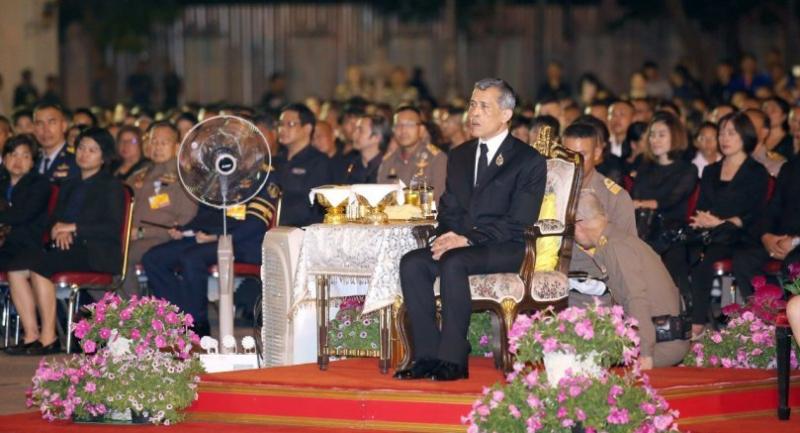 His Majesty King Maha Vajiralongkorn on Friday night attended a concert in tribute to the late King Bhumibol Adulyadej, performed by the Royal Thai Air Force Band at Royal Plaza, in front of Dusit Palace.

The King also visited an exhibition on water management projects of the late monarch and also paid homage to the equestrian statue of King Chulalongkorn.

The concert started at 7pm and ended at 9pm.

Concerts are being held every Saturday in tribute to the late King Rama IX, but this week it was held on Friday instead of Saturday.

Those attending the concerts are required to wear formal black attire. Visitors can park their vehicles at Sanam Suea Pa and Suan Amporn.