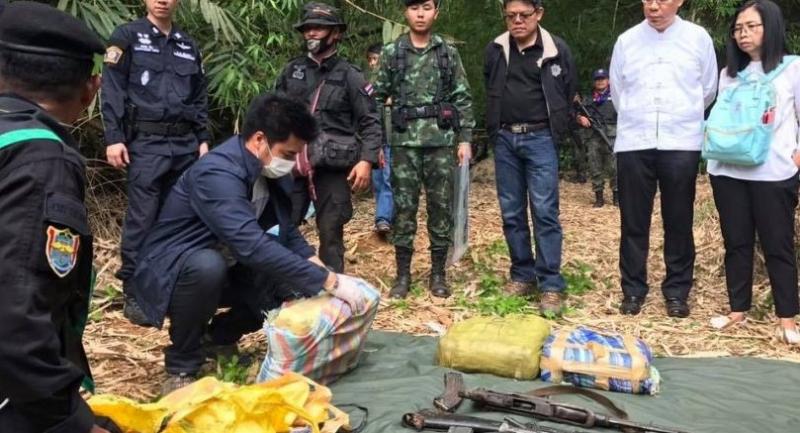 The clash took place north of Ban Pha Mhee in Tambon Wiang Pang Kham, two kilometres from the border, after the patrolling rangers ran into the 15 armed men, allegedly carrying backpacks of suspected illicit drugs. When the officers went to check the scene of the crime at 6am on Sunday, they found nine bodies and 700,000 yaba pills in six backpacks. They also retrieved two M16 rifles and one AK-47 gun.