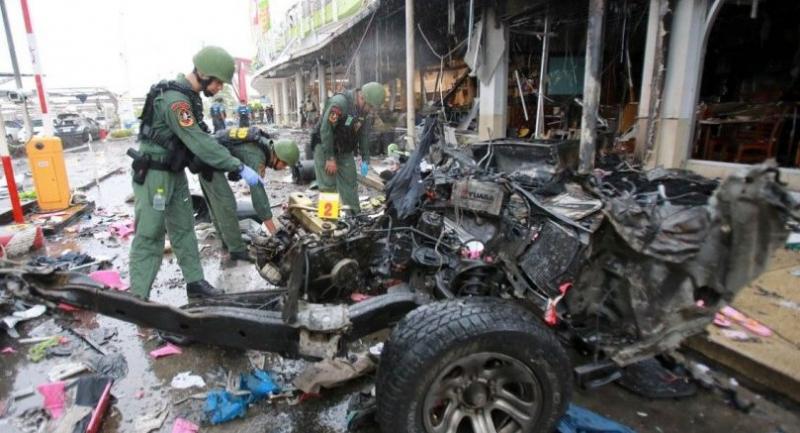 Police on Monday asked a provincial court to issue arrest warrants for 11 men suspected of involvement in the May 9 car bomb attack in Pattani province.

The 11 suspects allegedly participated in stealing a pickup truck, murdering its owner and rigging it with explosives before detonating the car bomb in front of a Big C department store.

The warrants are in addition to one already issued for Makoseng Ma-ae, and all of the suspects are reportedly already wanted on pre-existing warrants.

Some of the suspects are believed to have fled the area, while others may still be in the region, police said

Piyawat asked the public to be patient as authorities hunt for the suspects.