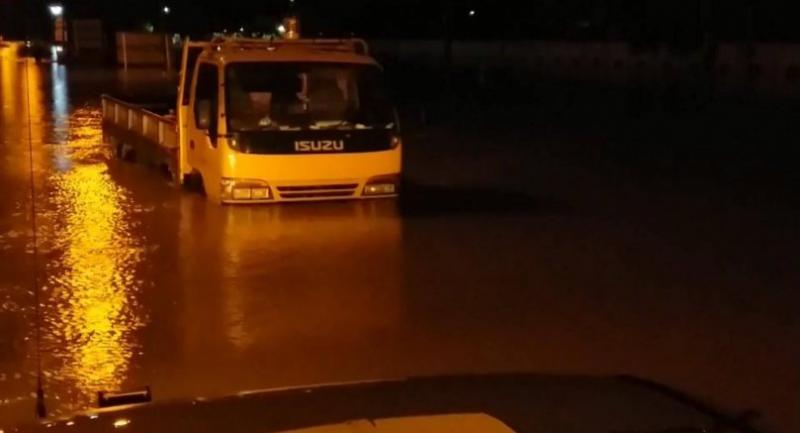 Authorities rushed to rescue people stranded on a road and patients of a district hospital after flash floods hit a district in Kamphaeng Phet province late on Wednesday night.

Twitter messages from rescuers in Kamphaeng Phet alerted that flash floods had hit the Phran Kratai district hospital and the main road near it at 10.20pm.

At 2am, provincial officials, troops, police and rescuers from the Kamphaeng Phet Thammasathan Foundation joined hands to rescue the stranded people and patients.

They rescued some 10 people in five vehicles stranded in 70 centimetres deep water on the Kamphaeng Phet-Sukhothai Road.

The hospital was also inundated in 50cm deep water. Authorities evacuated some 50 patients and transferred them to Lan Krabua Hospital, Sai Ngam Hospital and the Kamphaeng Phet Hospital.

By late morning on Thursday, the flood waters had subsided.