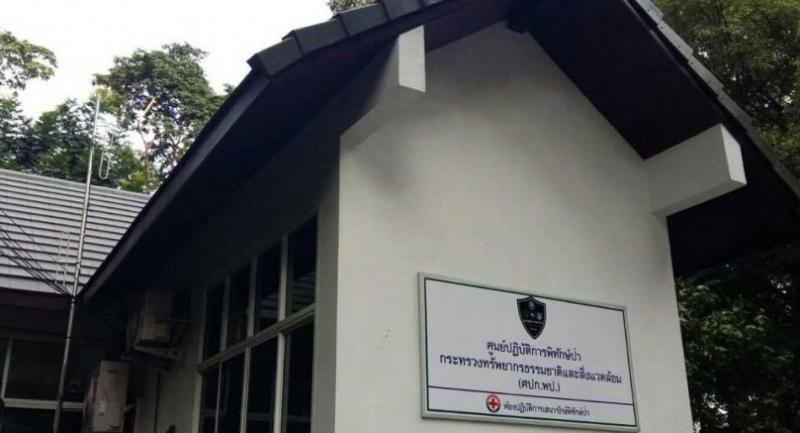 A new forest protection operation center has been established to pull together all relevant agencies and laws to suppress influential figures who have exploited state forests and resources.

Yesterday, at the opening of the center, located at the Royal Forestry Department (RFD), Natural Resources and Environment Minister, General Surasak Kanjanarat said influential figures were highlighted as the prime problem in the exploitation of state forest resources.

“These people, influential figures, when they encroach upon forests, it’s not that they don’t know it’s wrong. They know that fact well and they know laws. That’s why court cases against them progress very slowly. The more time that is taken, the more trouble our authorities face, and that’s why we have to take care,” said Surasak.

Since the National Council for Peace and Council (NCPO) took control in May 2014, suppression against forest encroachment and exploitation by influential figures, often involving politicians, has been one of its prime agendas.

The NCPO came up with the two key orders, NCPO orders No. 64 and 66, to directly tackle the problem. The national prevention and suppression against forest encroachment and exploitation committee was set up and is chaired by Surasak.

To integrate all relevant authorities and laws, the minister, in his capacity as the committee’s chair, decided to set up the sub-panel in April. The center would act as its arm.

Under the center, three special task forces of the ministry – Phaya Sua of the National Parks, Wildlife, and Plant Conservation Department, Phayak Prai of the RFD, and the White Sharks of the Coastal and Marine Resources Department – will join forces preventing and suppressing forest crimes under the center's directives.

The center would also be able to draw resources from outside, including the Department of Special Investigation, the Anti-Money Laundering Office, and others.

Athapol Charoenshunsa, the RFD's Director of Forest Protection and Fire Control Bureau, has been appointed to lead the center.

Surasak said the government will stick to law enforcement and the center will focus on the task.

Since the NCPO took control, authorities have enforced the laws in 20,310 cases, against 4,352 people. They have managed to reclaim 513,556 rai of forest land so far.