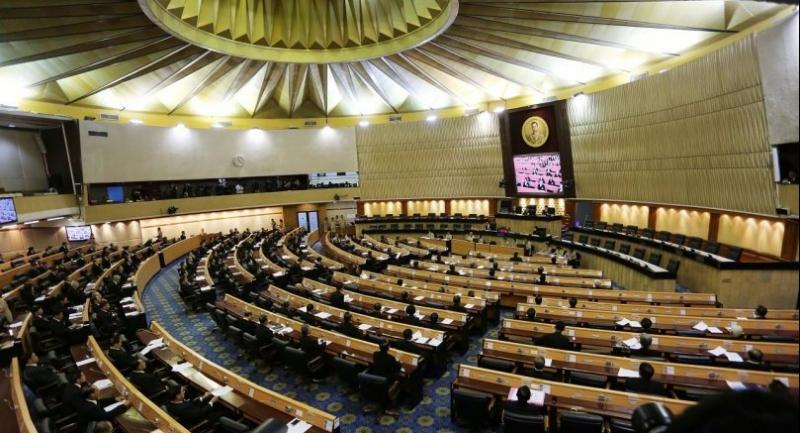 NATIONAL Legislative Assembly (NLA) president Pornpetch Vichitcholchai has given assurance that the committee vetting the controversial organic laws on the Election Commission (EC) and political parties will prioritise their compatibility with the Constitution and the democratic principles above arguments.

The bills would be sent to the Constitutional Court to judge whether or not they are in accordance with principles laid out in the new Constitution, Pornpetch said, adding that he could not say now whether the controversy would lead to setting up a co-committee to vet the contentious bills.

However, Pornpetch said it was not a cause for worry and asked people not to see disagreement on the organic laws as conflict. He said everyone should focus more on national interests.

His remarks came after the NLA’s committees failed to conclude on many key points in the two organic laws because the major players such as the Constitution Drafting Commission (CDC) and the EC adopted different stances on various issues.

Among the points on which they do not see eye to eye are provincial election commissioners and fees for members of political parties.

The dispute also prompted concern that the bills would be dropped and ultimately delay the election scheduled for next year.

However, the NLA president said he did not want people to view it that way.

He said everyone meant well for the country and the committee would try to reach conclusion on all controversial points.

“Those who are being stubborn must try to be reasonable because there are principles in legislation and there is the rule of law. I think [they will] reach agreement,” he said. “But if they argue reasonably and still cannot settle, it can go to a conflict-settling process – be it a vote of the meeting or the setting up of a co-committee.”

Meanwhile, NLA vice president Surachai Liengboonlertchai laid out the timeframe for debating and passing the organic laws, saying that the deadline was 240 days from promulgation of the Constitution – December 1.

However, he said the laws could not come into effect after passing three readings in the chamber. They also had to be approved by the Constitutional Court. The process could take up to 25 days, Surachai said.

If the laws were not constitutional, the NLA had to revise them, he said, adding that the Constitution had not laid out how long this should take.

Surachai also expressed concern over stipulation in the charter that legislation must consider the opinions of affected people. He said he had instructed committees to ensure they follow the Constitution to prevent difficulties.