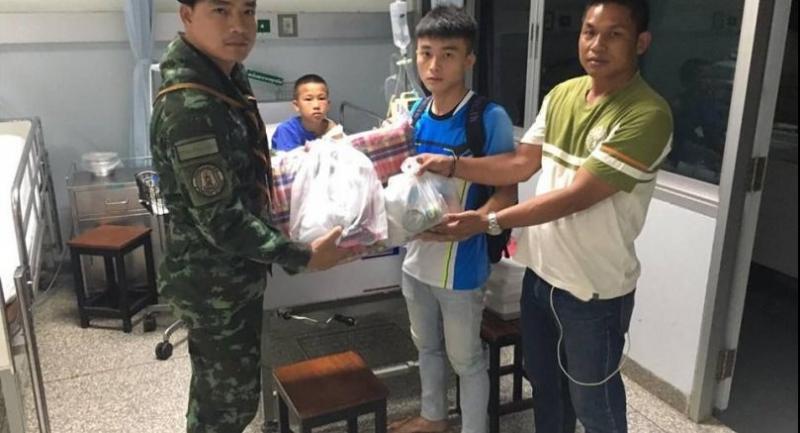 Its students still terrified after a lightning strike killed one pupil and injured 43 other students and teachers, a primary school in Tak remained closed on Wednesday.

He said more students and teachers had gone to Umphang Hospital, most complaining about ringing in their ears, and had been sent home after treatment.

Prateep said six students remained in hospital, but their condition was not critical. Col Prasarn Henprasert, deputy commander of Army Taskforce 14 based in Mae Sot district, visited them on Wednesday.

Sixth-grader Tong Saesung, 12, was killed when lightning struck a tree next to the school on Tuesday at about 3pm.

Panya Charnchatwareera, head of the Tambon Mokro administrative organisation, which operates the school, said 49 teachers and students from Grades 5 and 6 were conducting an outdoor activity at the spot where the lightning struck.

Initially 30 teachers and pupils were taken to the hospital about 70 kilometres away.

The school was built by Border Patrol Police Command 34 and responsibility for its operation transferred to Mokro administrators. It has 260 students from kindergarten to Grade 6, most of them ethnic Hmong.