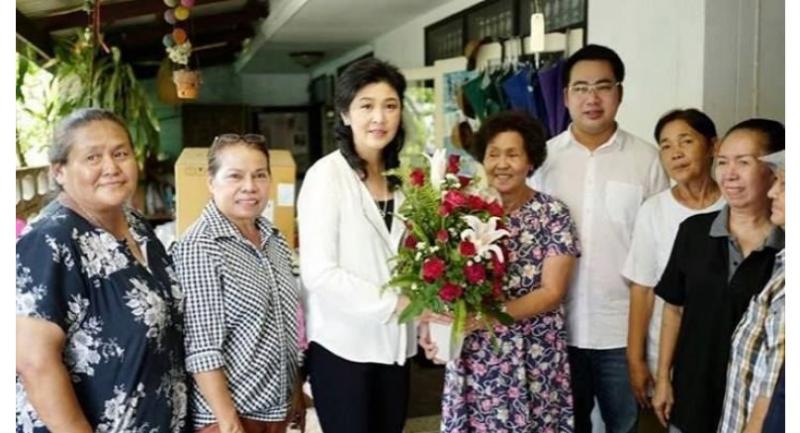 Former Prime Minister Yingluck Shinawatra on Wednesday paid a visit to an injured victim of the bombing at Phramongkutklao Hospital.

The pipe bombing at the military hospital took place on Monday and injured at least 25 people, three of which are in critical conditions.