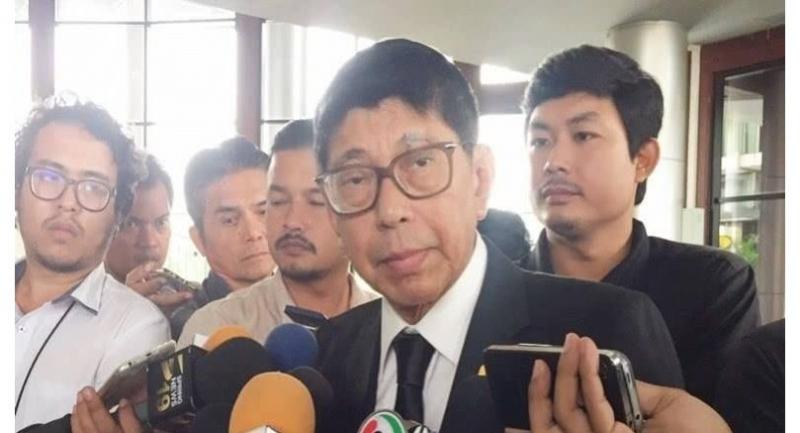 Deputy Prime Minister Wissanu Krea-ngam on Wednesday said he did not know whether the National Council for Peace and Order (NCPO) would bring security-related cases against civilians to the Military Court using Article 44 of the interim charter as has been speculated.

“I don’t know what the NCPO thinks, and I don’t know about the matter,” Wissanu said. “[But] it’s impossible that [the NCPO] would proceed [on a legal matter] without my knowledge.”

NCPO Spokesperson Colonel Winthai Suvaree also said he did not have any knowledge about the matter.

The two men’s remarks referred to speculation that the Military Court would have its post-coup powers returned after the bombing at Phramongkutklao Hospital on Monday that injured 25 people.

Last September, the NCPO issued an Article 44 order that ended military trials against civilians who had allegedly committed crimes against the monarchy and threatened national security, returning new cases to the civilian courts.

However, the order was not retroactive, meaning that more than 1,800 individuals being prosecuted in the Military Court had to continue with their trials.

Civilian trials in military court have been a concern for human rights groups, which argue that the process deprives civilians of their right to a fair judicial process. While welcoming the junta’s revocation of military trials, rights groups still expressed worries about the judicial system given the NCPO’s overwhelming power.