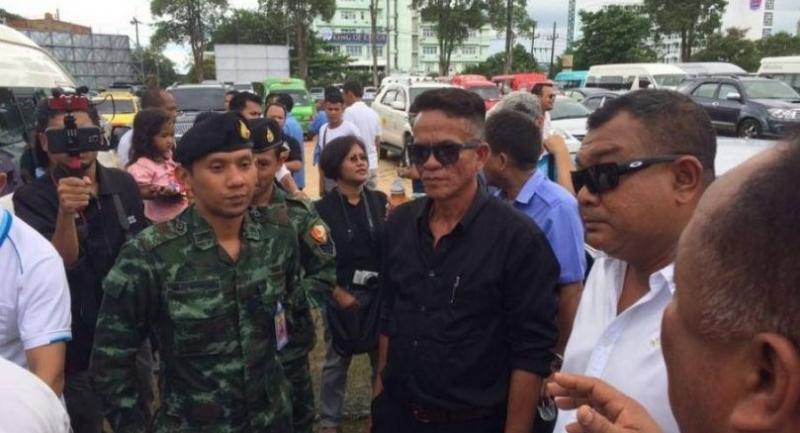 As per the original announcement on May 18, the whole of Phuket is to have 74 taxi stops, of which 21 are slated to be in Patong. Photo: Kritsada Mueanhawong

PHUKET: Patong public transport operators will continue to utilise 84 taxi stands for now until the Phuket Governor and Army 4 commander announce their final decision about the number of stands on the island.

The public transport management committee had announced on May 18 that Patong was to see a 75 per cent reduction in taxi stands (from 84 to 21) effective June 1.

“We also submitted a letter to Phuket Governor Norraphat Plodthong, asking him to allow us to continue using the same number of stands as before, but the [public transport management] committee thinks there are too many,” said Anan.

“Our business will suffer greatly if we only have 21 stops to operate from,” he added.

Phuket Vice Governor Siwaporn Chuasawad held a meeting with relevant officers in the afternoon to discuss the issue.

“At present, there will be no change in the number, so please don’t panic and go about your business as usual. We cannot confirm if they will be decreased in future, as we have to discuss this issue with the governor and army officials first,” V/Gov Siwaporn told the operators.

As per the original announcement, the whole of Phuket is to have 74 taxi stops, of which 21 are slated to be in Patong.