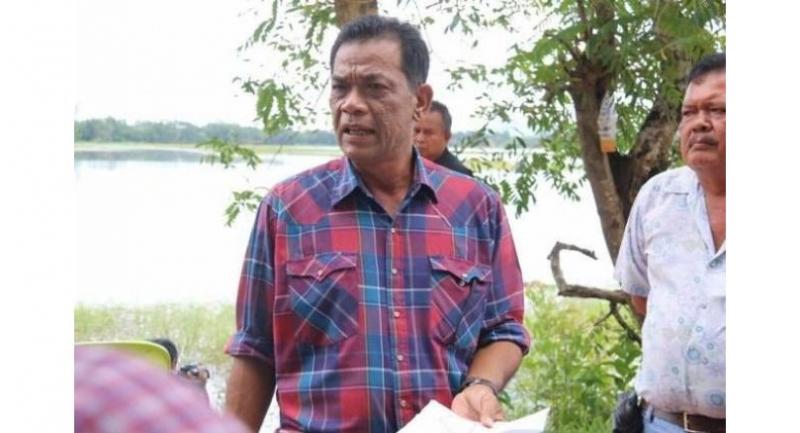 Anant Klungchan, 54, who served several terms as a Nakhon Si councillor, was hit by multiple shots in the attack at his house in Cha-uat district at 7.45am.

Anant, a failed candidate from the Chart Thai Pattana Party and an adviser to the party leader, was bathing his favourite fighting bull near his house when the gunman cut him down in a hail of bullets.

At first the pickup drove past the house, apparently to observe and locate where Anant was.

Then the truck was driven back and a man in the front passenger seat opened fire at Anant, taking him down and pumping out more bullets while the victim was on the ground before speeding off.