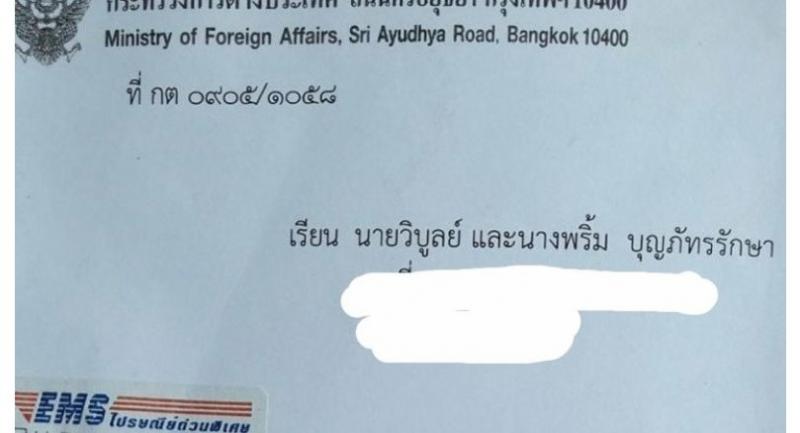 The Foreign Affairs Ministry sent a letter to the parents of student pro-democracy activist Jatupat Boonpattararaksa, or Pai Dao Din, saying it is considering their complaint.

Jatupat is in jail on lese majeste and computer crime charges.

Wiboon and Prim Boonpattararaksa have requested that the Thai Ambassador to Seoul issues a formal apology for having written that their son violated the laws when the court had not yet given a final verdict.

Wiboon posted on his Facebook page a photograph of the letter from the ministry. He said he would follow up the issue and thanked everyone who had been helpful.

Jatupat remains in prison as his bail requests have been rejected on several occasions.

He is charged with violating the lese-majeste law and the Computer Crime Act after sharing a BBC Thai article last December.