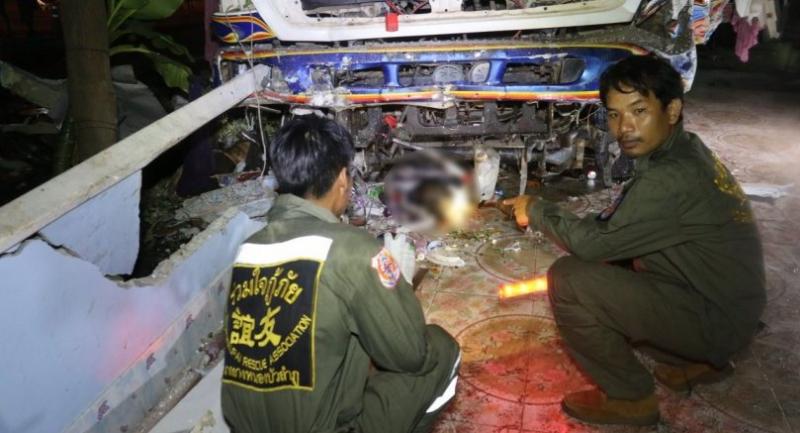 The truck crashed into two cars, two pickup trucks, a van and two motorcycles before ramming into the Ocha Restaurant.

Police said Thongkham Piroonsunthorn, 50, a local resident, died at the scene after being hit by the front of the truck. Two other patrons of the shop died at the Na Klang Hospital. They were identified as Wichit Ariyapimak, 49, a construction contractor from Chon Buri province, and Wilasini Thaweechart, 26, a local resident.

The truck driver was identified as Runjuan Pongkwanoi, 30, from Chaiyaphum province. Police said he tested negative for alcohol and drug use.

Eyewitnesses told police that they saw the truck speeding alongside a pickup and a car before it swerved to the left and crashed into the parked vehicles and the shop.

Kunthon Kosaikan, 23, an assistant cook, said about 20 people were dining in the shop when the accident occurred. He said the shop owner and staff were safe.