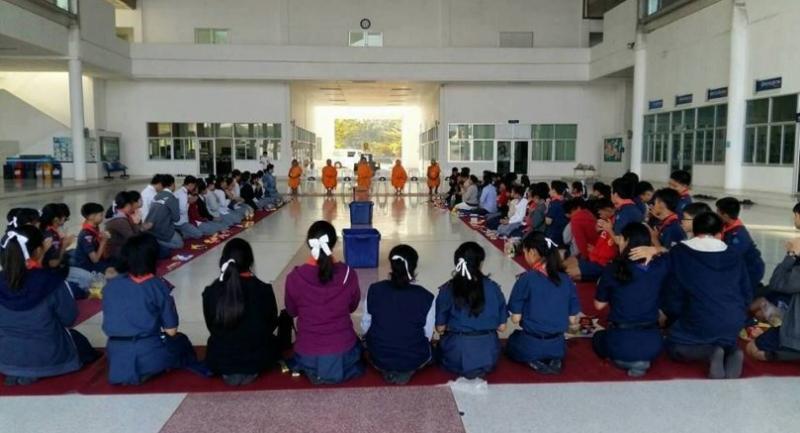 ENFORCEMENT of the Gender Equality Act is still insufficient as the law has many loopholes that discourage the prevention of gender discrimination, an LGBT group has said.

The Togetherness for Equality Action (TEA) group expressed concern after a gender discrimination committee rejected a petition by TEA to investigate Tawanchai Wittaya School in Nakhon Ratchasima over an admissions rule that bans lesbian, gay, bisexual and transgender students.

Chumaporn Waaddao, a TEA member, said she was disappointed that the committee refused to review Tawanchai Wittaya School’s policy on the grounds that her organisation had been unable to identify particular individuals harmed by the prejudicial policy.

“We were told that our petition to the committee was incomplete, as we could not find anyone who was disadvantaged by the school’s admission rule. But it is very obvious that the rule is discriminatory against LGBT people, as the school denies this group of people the right to study,” Chumaporn said.

“An investigation into this issue is in the public interest, because the school’s rule disadvantages the LGBT community as a whole, not just individual victims. Moreover, most victims of such discrimination in a conservative society are too afraid to publicly identify themselves as LGBT.”

She said the experience made it clear that the Gender Equality Act had problems. First, she said, the law failed to encourage gender equality and prevent discrimination. Second, the law had loopholes that made investigations into gender discrimination ineffective. Supensri Pungkoksung, a member of the gender discrimination investigation committee, said the panel acknowledged the problem at Tawanchai School. It also conceded that the Gender Equality Act was not perfect and needed to be improved.

“The committee does not have any power over the act and we have to follow the rules. The case request for Tawanchai Wittaya School was incomplete, so we could not investigate the issue even if we wanted to,” she said.

Supensri said the TEA Group should find another agency to help address the issue, such as the National Human Rights Commission, which could investigate rights violations immediately even without a complaint from a ‘victim’.

Supensri admitted that the Gender Equality Act was quite new, so further improvement of the law was needed to better protect the rights of all people regardless of their gender or sexual orientation.

“We still have to work hard to prevent gender discrimination and we admit the complaint from the TEA Group calls for improvement of our duty in the future, while the promotion of gender equality is a task for the Women’s Affairs and Family Development Office,” she said.

“I have heard that they are working hard to change the mindset of people to embrace gender diversity and equality.”

“We do not accept LGBT students because we are afraid that we cannot take care of them well. We are a boarding school, which separates clearly between male and female dorms. If a student is homosexual, they could face trouble adapting to the society here,” Saiwarun said.

Another reason, she said, was because the school had a religious basis and aims to produce students with “good morals”, according to Buddhism values.

“We are open and ready to teach everyone, but we fear for the students’ well-being, so LGBT student can register with other schools that suit them more,” she said.

Meanwhile, Ratchasima Wittayalai School, also in Nakhon Ratchasima, reportedly compiled a list of male students who were |“sexually deviant”. School principal Boonlert Phuangphet said the list was only to enrol targeted students |for “personality improvement |programmes”, adding that names on the list were kept strictly confidential.