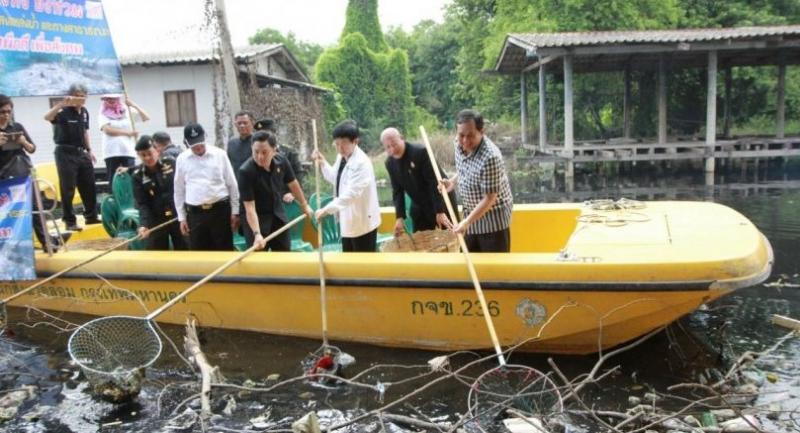 THE CITY administration yesterday launched a campaign encouraging people not to throw litter into canals and waterways, as part of efforts to tackle the problem of garbage clogging the drainage system and causing floods.

BMA permanent secretary Patarut Tardaranon opened the campaign titled “No Litter into Canals: More Garbage, More Floods” at Rama IX Temple in the Huai Khwang district and took a boat on Lat Phrao Canal to pick up garbage from the waterway.

Patarut said the main reason for frequent flooding in Bangkok was because the city’s drainage system cannot operate to full capacity because of garbage clogging the system, hence the BMA had launched this campaign to raise the awareness.

“The important thing that ensures the success of this campaign is the cooperation from all stakeholders to look after our canals and practise waste segregation and recycling to reduce the amount of waste in our city,” he said.

Patarut also urged people to dispose of their trash in designated areas to make it easier for officers to collect the garbage. Regarding unwanted large items such as furniture, he said people should also |contact BMA officers in advance to arrange free collection.

It was reported that the BMA could collect up to 10 tonnes of garbage per day from canals, with the amount doubling when it rains.