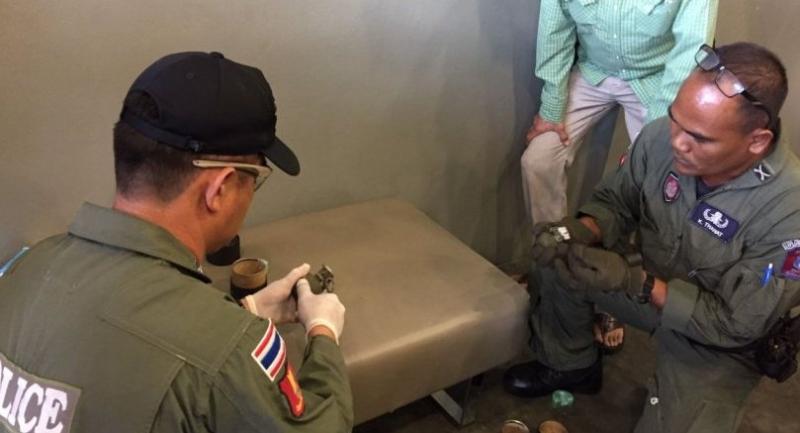 POLICE PLAN to engage Thailand Post and Kerry Express, a leading parcel-delivery firm, in thwarting the trafficking of drugs.

“We need to take proactive measures in preventing the delivery of illicit items, including drugs, via such services,” Pol Maj-General Surachet Hakparn, head of the Patrol and Special Operation Division, said yesterday.

Surachet said he would meet with executives from Thailand Post and Kerry Express on Wednesday.

He disclosed the plan after announcing a crackdown on an online-based drug trafficking network that has delivered illicit drugs to customers via mail order.

A Bangkok teenager was arrested for allegedly selling drugs by mail order via social media.

Surachet said the suspect, whose name was being withheld because he is a minor, sold marijuana to customers via LINE and Facebook.

“Through these communications channels, they negotiated on prices and discussed delivery details.

“After customers transferred money for the illicit drugs, he mailed it to them,” Surachet said.

He said police, acting on information, searched the teenager’s house in Lat Krabang in Bangkok and found 37 bars of marijuana.

The suspect told police he began trading in drugs about four months ago at the recommendation of a customer who frequented a restaurant where he worked as a waiter.

In a later raid on Sarapichai’s house, 4,000 methamphetamine tablets were allegedly found in his possession.