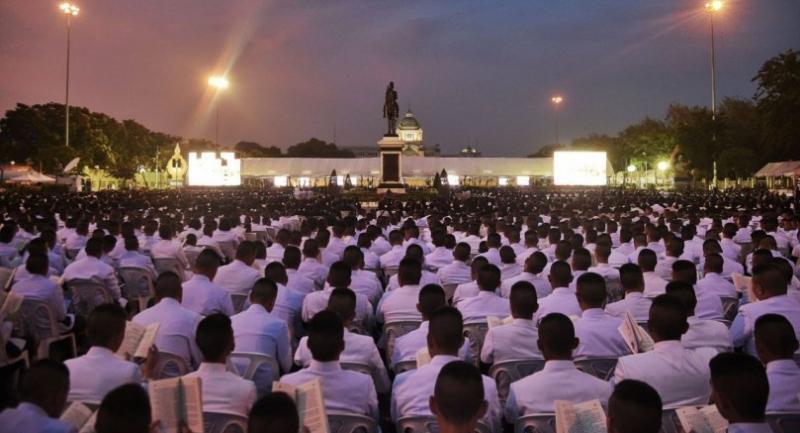 Thais are invited to join a merit-making ceremony in tribute to King Rama VIII and King Rama IX this Friday at the Royal Plaza, Dusit Palace, in Bangkok.

To observe the anniversary of the passing of King Ananda Mahidol and the succession to the throne of King Bhumibol Adulyadej on June 9, the Thai government will organise a religious function starting from 4pm onward at the Royal Plaza.

During the ceremony, Supreme Patriarch His Holiness Somdet Phra Ariyavongsagatanana will lead 195 high-ranking Buddhist monks in chanting holy stanzas, dedicating merit to the two monarchs and also offering good wishes to Her Majesty Queen Sirikit of the Ninth Reign.

On this auspicious occasion, His Majesty King Maha Vajiralongkorn Bodindradebayavarangkun has seen to it that prayer books are printed for distribution to participants, who are required to wear formal mourning attire.

For those who cannot participate in the actual event, live coverage of the ceremony will be aired via the National Broadcasting Services of Thailand (NBT)2 HD channel, the Modern Nine TV's channel 14, the Thai TV Global Network (TGN) and the Radio Thailand.