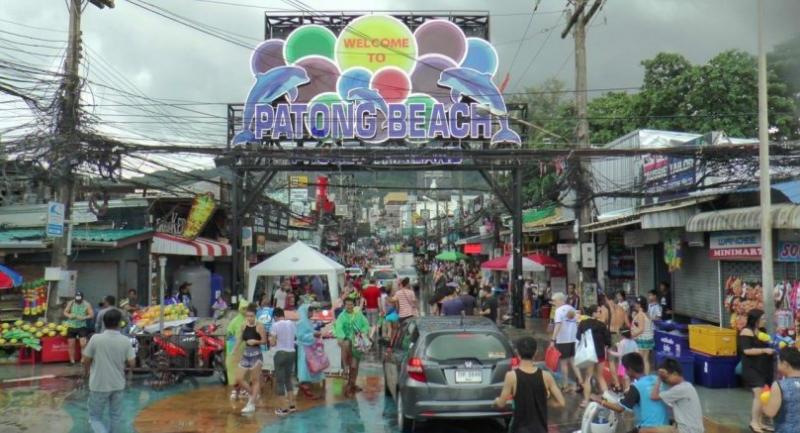 SECURITY MEASURES have been stepped up in some popular tourist-destination provinces in the South following warnings of possible attacks, local officials said yesterday.

Authorities in those provinces have instructed relevant local agencies to tighten security after messages were sent through social media warning of possible violent incidents in the region, a source said.

Provinces like Phuket and Krabi have been on alert, with authorities focusing on such “risky locations” such as state offices, tourist destinations, shopping malls, airports and piers, according to the source who added that authorities had also urged local residents to report any suspicious activities.

Phuket Governor Norraphat Plodthong said yesterday that he had ordered heightened security measures at key checkpoints in the island province. More security cameras have been installed at risky areas, he added.

In Krabi, security measures have been stepped up at the province’s international airport following a report that insurgents from the southern border region were plotting to carry out an attack over the weekend, a local official who declined to be named, said.

Meanwhile, the Foreign Ministry yesterday dismissed a report by the World Economic Forum (WEF) that ranked Thailand among the 20 “most dangerous countries to visit”.

Ministry spokesperson Busadee Santipitaks said yesterday that the information used to rank Thailand on the WEF’s Travel and Tourism Competitiveness Report is outdated and biased while failing to reflect the recent improvements.

The Foreign Ministry issued the statement after local and international media quoted the WEF report, which ranked Thailand at 118th out of 136 countries for safety and security for tourists. The WEF report says that Thailand’s overall safety performance had barely improved, as it was 34th with a 4.4 score in 2017 from 35th with 4.3 in 2015, citing the high rate of crime and violence and low reliability of police services.

Busadee said that after the WEF report was released in April, Thai representatives at the United Nations Headquarters contacted the WEF executives and questioned them about the methodology as many international organisations likeMaster Card, Expat Insider and US News & World Report have ranked Thailand among the top tourist destinations.

“The WEF admitted that some information is outdated, some were biased as the information was collected from questionnaires. The WEF promised to improve its methodology by using more statistics from reliable international sources and reducing the use of questionnaires,” Busadee quoted the WEF executives as saying.

Busadee said that Thailand’s ranking on safety performance had improved to 34th and many other areas such as natural conservation, tourist services, air transport and price have also improved significantly.

Busadee blamed an Australia-based website Business Insider for highlighting only the negative side of the WEF report.

In a related development, Thailand’s ambassador to Kazakhstan, Nat Pinyowattanacheep, said yesterday that he did not think the WEF report would have any negative impact on Thailand’s tourism industry as a whole. He said the Kazakh government had warned its citizens to avoid travelling to the deep South, where insurgent violence has been prevalent.

The ambassador was speaking on the sidelines of the International Specialised Exhibition Expo 2017 being held in Astana, Kazakhstan.