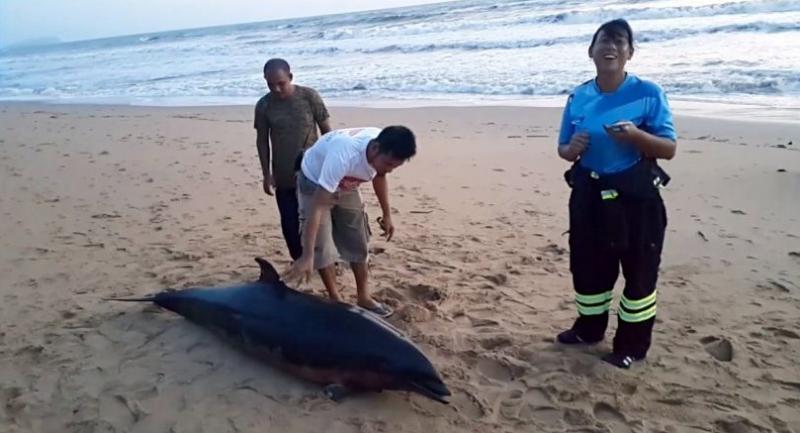 Officials have moved the carcass of a Fraser’s dolphin, which was found dead on Khao Lak Beach in Phang Nga’s Takua Pa district on Saturday afternoon, to the Department of Marine and Coastal Resources’ Phuket Marine Biological Centre to determine the cause of death.

The centre’s veterinarian, Chawanya Jiakwathanya, said on Sunday that the female 2.3-metre, 80-kilogram dolphin was about eight to 10 years old.

“We will have to conduct an autopsy to determine the cause of death and I pray that we won’t find a baby dolphin inside,” she said.

Fraser’s dolphins are protected in Thailand under the Wild Animal Reservation and Protection Act of 1992, as well as under the Convention on International Trade in Endangered Species of Wild Fauna and Flora.