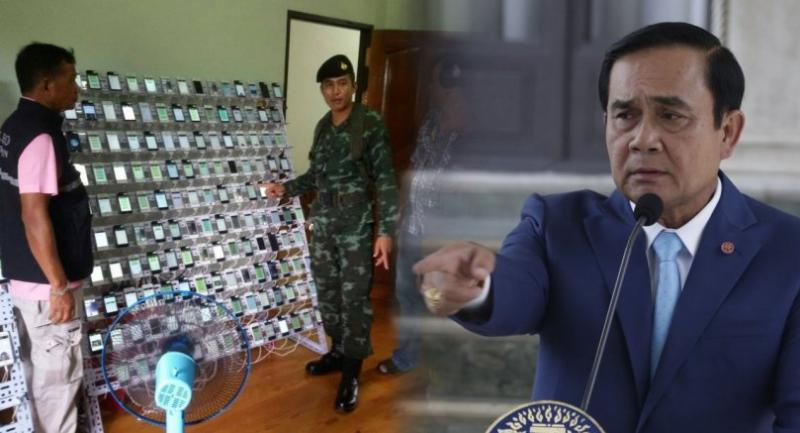 The prime minister has ordered police to extend their investigation following the arrest of three Chinese illegals who were offering “likes” and page views in exchange for money, to determine whether there was any hidden political or business agenda.

Three Chinese nationals were arrested on Sunday in the eastern border province of Sa Kaew. They were found in possession of hundreds of mobile phones and more than 300,000 SIM cards.

Prime Minister Prayut Chan-o-cha wanted police to find out whether gangs like this were used for political purposes, such as inciting the public or insulting the monarchy, in addition to business or illegal dealings, according to government spokesman Lt-General Sansern Kaewkamnerd said Tuesday.