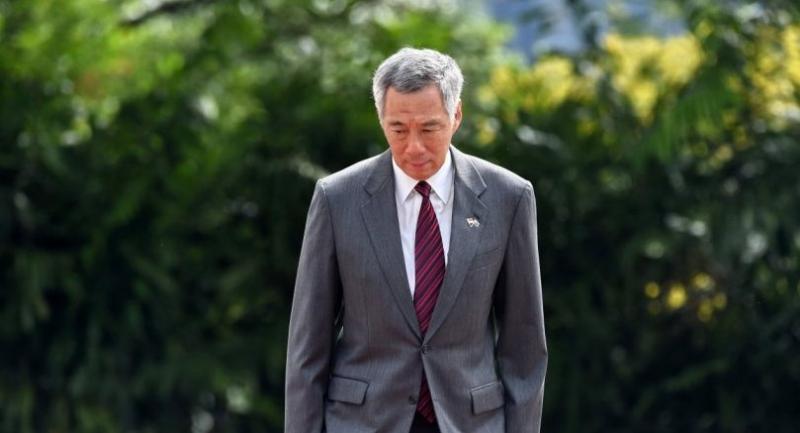 Singapore's founder Lee Kuan Yew is largely credited with transforming the city-state from a poor former British colony into one of the world's wealthiest and most stable societies.

His son Hsien Loong became Singapore's third prime minister in 2004, taking over the reins of the People's Action Party (PAP), which has governed Singapore since it gained self-rule from the British in 1959.

"We have felt threatened by Hsien Loong's misuse of his position and influence over the Singapore government and its agencies to drive his personal agenda," read a statement posted online by Hsien Yang and Wei Ling.

Hsien Yang added that he "will leave Singapore for the foreseeable future" over the widening rift.

In the statement, their grievances largely centred on the fate of the family's home following their father's death.

The Lee patriarch, who died two years ago, warned against building a personality cult around his legacy and feared his old bungalow would be turned into a museum if it was not demolished.

The siblings went on to say their brother Lee had defied their father's instructions to tear down the house.

The prime minister, who is on vacation overseas, fired back with his own statement, saying he was "deeply saddened by the unfortunate allegations".

"I deny these allegations," wrote the prime minister on Facebook.

"Since my father's passing in March 2015, as the eldest son I have tried my best to resolve the issues among us... out of respect for our parents," he added. "My siblings' statement has hurt our father's legacy."

The premier's siblings also alleged being closely monitored, adding they had lost faith in their brother's ability to lead.

"We feel hugely uncomfortable and closely monitored in our own country," they said.

"We do not trust Hsien Loong as a brother or as a leader. We have lost confidence in him."

Lee led the PAP to a landslide victory in the 2015 general election, six months after the death of his father sparked a massive outpouring of support for the former leader's legacy.

Despite his major achievements in leading Singapore to economic prosperity, Lee Kuan Yew was criticised by rights groups for restricting political freedoms, including muzzling the press, jailing political opponents and suing critics for defamation.