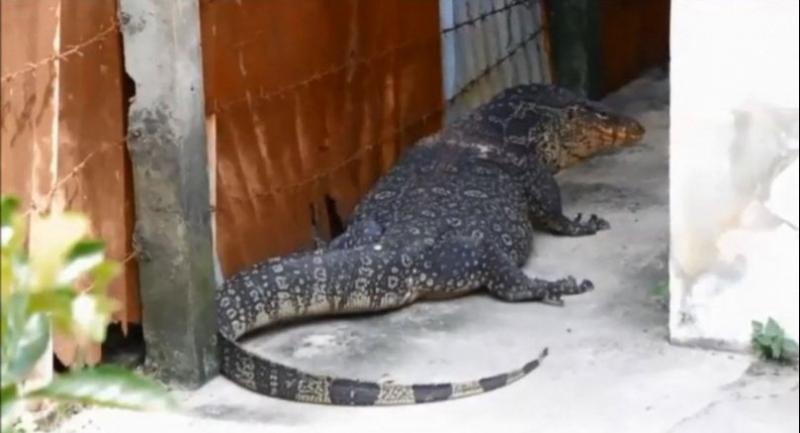 A 100-kilogram water monitor lizard was captured on Thursday night after it wandered into a house in Tambon Phai Ling of Ayutthaya's Phra Nakhon Sri Ayutthaya district.

Pranom Ditreungdech, 64, said she almost fainted when she stepped out of her house to see what her dog was barking at and was confronted with the large lizard.

As Pranom and her neighbours watched nervously, five local administrative organisation workers captured the animal within 10 minutes and carried it onto a pick-up truck to be released in the forest.

Many people reportedly jotted down the truck's registration plate to match the numbers for lottery tickets.