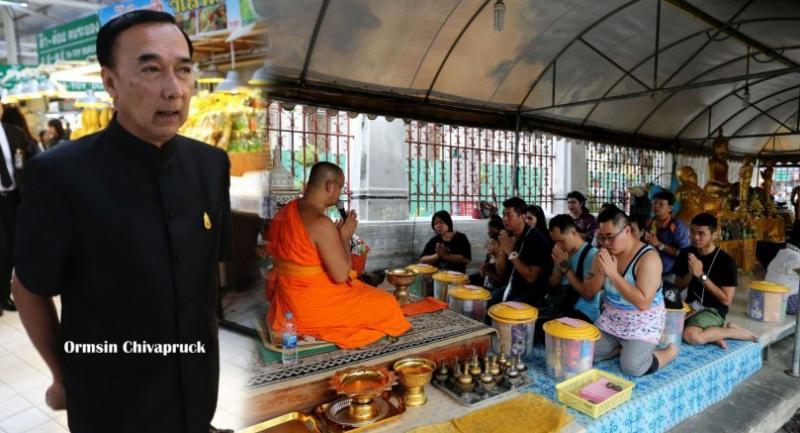 THE National Buddhism Office has lodged a complaint with police against eight suspects for alleged corruption in a temple-renovation budget.

“The rest are civilians – laymen, not monks,” he said.

The suspects had allegedly snatched up to Bt60 million of state funds allocated for temple renovations via fraudulent tactics. Budget figures shown on paper are equivalent to what affected temples |initially got. But these temples were asked to hand a portion of money back to people dispatched by the |corrupt officials.

“Monks might have believed in the claims that this portion of money would be used to help other temples, which do not receive state funding,” Ormsin said.

The minister said he would talk with the director of the National Buddhism Office about the need to take disciplinary action against the implicated officials.

Ormsin said temples can request state funds via NBO provincial branches. The branches screen the requests before seeking budget. After cash is approved, money is handed over via NBO branches. There are committees to help with the process too.

“I think the review procedures are stringent enough,” Ormsin said.

Asked if the authorities should oversee donations to temples to prevent misuse, Ormsin said the issue was sensitive as donations were made out of faith.

“We have to consider such issue very carefully,” he said. Temples were legal entities and their abbots had authority to manage temple affairs with the help of a committee and laymen managers.