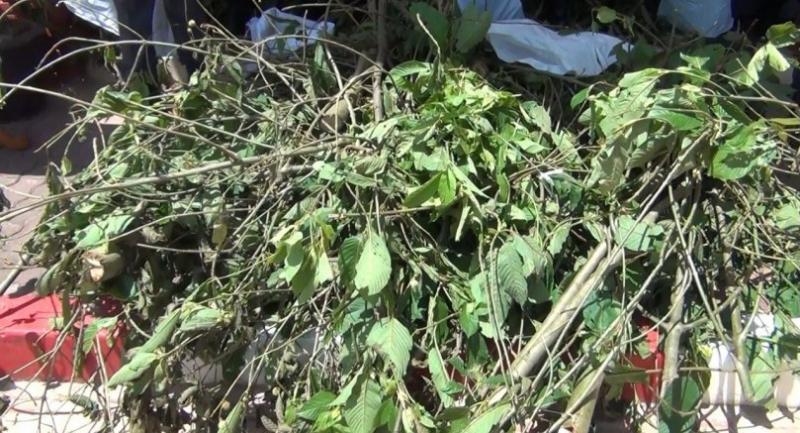 Border Patrol Police arrested a man yesterday while he was trying to pass a road checkpoint in Satun with 98 kilograms of illicit krathom leaves.

Kosem Tohjeh, 23, a resident of Satun town, was arrested when the pickup he drove was stopped at a checkpoint in Ban Thung Pattana village in Tambon Khun Sator, Khun Doan district.

He was arrested after border patrol police at the checkpoint found the krathom leaves.

Kosem said he was paid Bt500 to drive the pickup from the Thai-Malaysian border – Ban Wang Prachan village in Tambon Wang Prachan in Khun Doan – to a recipient in Mueang district.

He said he had done it three times without getting caught.