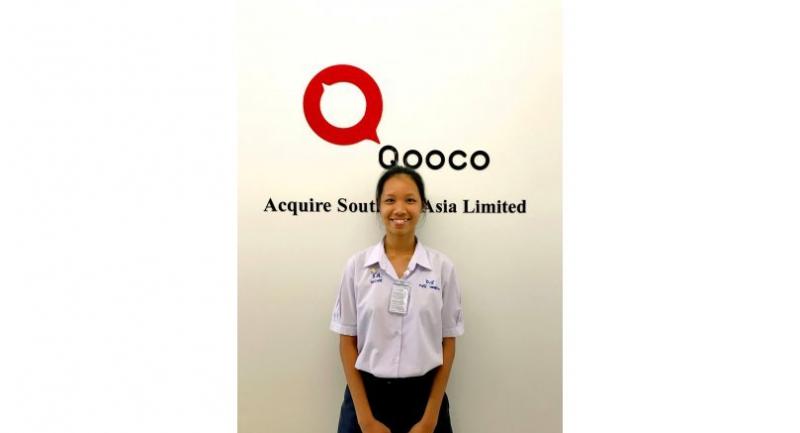 WHILE MOST people trust and rely on school as a major traditional source of knowledge, a 18-year-old Thai student who recently won a scholarship to attend a short-term summer programme at the prestigious Yale University says she learned best after dropping out of school and taking a gap year.

The concept of taking a break from school is unusual among most middle-class Thai families whose children are pushed to do well at school. But Pajari Rodsawang, a high-schooler from the biggest all-girls school in Phitsanulok did it last year right when she was in her senior year. She became the first student from Thailand to win a scholarship from Qooco, an English-teaching application, to join the Yale Young Global Scholars (YYGS) Programme,

Although she described the incident as some sort of an accident, Pajari said the break was the best year of her life.

“I had a plan to go and study abroad as an exchange student but I had some emergency financial issues. So I could not go there anymore,” the 18-year-old student told The Nation.

“But since I had already told the school I would drop out, I didn’t go back to school. I decided to take a gap year, which turned out to be the best year of my life. I learned a lot of stuff. I discovered that by doing stuff I learned more than by spending eight hours at school.”

Despite her age, Pajari had engaged in many social activities outside school, unlike those in her age.

Among many other activities, Pajari was the youngest intern in a start-up called Go Wonder which empowered women to travel despite the impression that many destinations were too dangerous for female travellers.

She worked in the social media marketing department where she moderate the online activity of the community.

All the extracurricular activities that she did independently outside school led her to also apply for a scholarship at Qooco for the YYGS Programme where she would spend 14 days from today, learning and doing many more activities involving sustainable development and social entrepreneurship.

Pajari said that she developed an interest after doing a volunteer job in Bangkok’s poorest area where she saw the inequality in society.

Working with young children in kindergarten around Bangkok’s Klong Toey area, the then 17-year-old learned from the teacher that probably half of the children in the class would end up being drug dealers or prostitutes like those before them because that was how the surroundings shaped them. It was a striking contrast to what Pajira had seen in the CBD areas, which were only a couple of subway stations away.

“From there, I felt I wanted to be able to go back there someday and tell them that they are more capable than what people around them were |saying,” the young scholarship winner said.

So, when Pajira learned that Qooco was awarding a scholarship to one student to participate in the YYGS Programme, she did not hesitate to jump in and take the chance.

“I filled out the application form online and submitted an essay telling Qooco about my ideas of how I |wanted to help people and make an impact but I didn’t know where to start,” she said. “And it was not about wanting to go abroad but making a change.”

Considering her essay and extraordinary working experience, she was awarded the scholarship.

Pajari said she hoped to learn more about development so as to get an idea of how to solve the issues she had seen.

In the future, Pajari said she wished to study in the field of communication. She wanted to spread the word about the real and pressing problems that are probably more than what people could learn from school textbooks. The youngster hopes to be one cog in the wheel that not only raises awareness but also attracts people to help become a part of the solution.