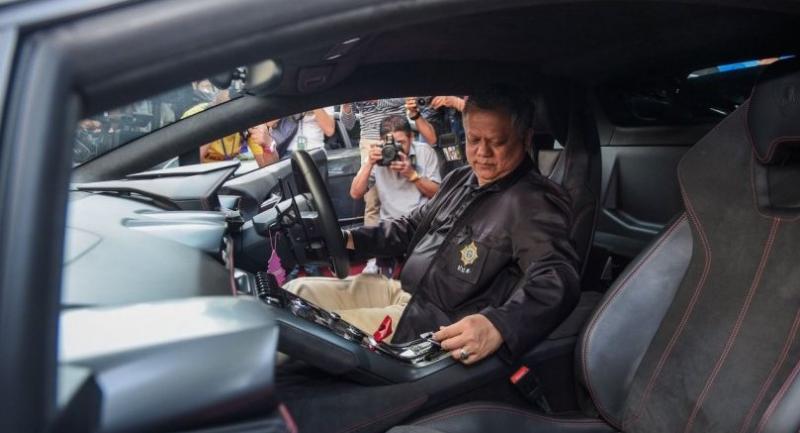 An official from the Office of the Narcotics Control Board (ONCB) has his hand on a Lamborghini luxury car put under the hammer during yesterday’s auction by the anti-drugs agency at its office.

LUXURY CARS, “super bikes” |and gold ornaments were among 129 items valued at Bt58 million put up for auction by the Office of the Narcotics Control Board yesterday.

The auction featured items seized from drug trafficking gangs. Among those put under the hammer were a Lamborghini car seized from Akarakit “Benz Racing” Worarojcharoendet, and a KTM “super bike” seized from Nattapol Narkam, both of whom police linked to a network led by alleged Laotian drug kingpin Xaysana Keopimpa.

The auction price for Benz Racing’s Lamborghini started at Bt11 million, while the KTM motorcycle was priced at Bt900,000. But no one had made a bid for either, as of press time.

Tags:
Office of the Narcotics Control Board auction