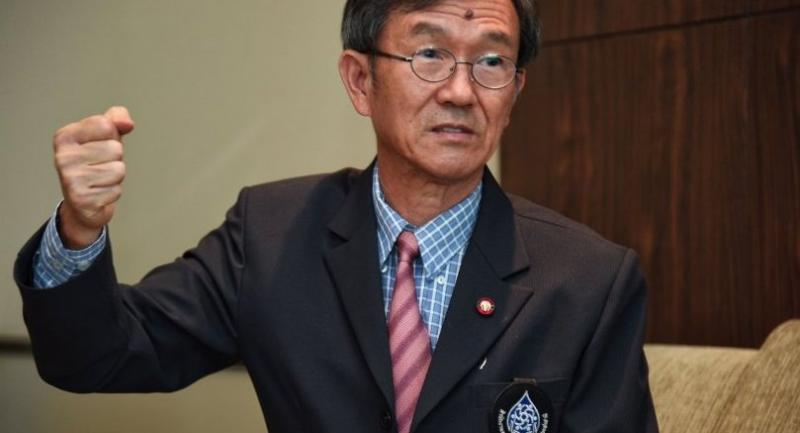 THE CHIEF of the National Human Rights Commission (NHRC) has taken a stand against a new organic law governing the agency that could result in it being restructured.

NHRC chairman What Tingsmith maintained that selection of the agency’s members was in line with the Paris Principles and its work had been well recognised both domestically and internationally.

He suggested the best solution would be to remove only people who did not meet qualifications stipulated by the new law. The NHRC chairman made clear his stance after the organic law written by the Constitution Drafting Commission (CDC) took clear shape and is set to be tabled before the National Legislative Assembly (NLA) tomorrow.

CDC chairman Meechai Ruchupan had said earlier that the NHRC could also be reconstituted because Thailand had been cautioned that the selection of commissioners had not been in accordance with the Paris Principles relating to the status and functioning of a national institution for protection and promotion of human rights.

The Paris Principles were adopted by the United Nations Human Rights Commission in 1992 and by the UN General Assembly in 1993.

In the organic law governing the NHRC, it is being argued that current commissioners do not meet international requirements, which stipulate that they must be from diverse sectors, Meechai had said.

In response, the NHRC chairman countered: “Such stipulations in the organic law are nowhere to be found in the Paris Principles.”

The principles only laid out that the composition of the commission must ensure the institution could represent diverse factions related to human rights protection and promotion in society, What said.

The NHRC chairman slammed the CDC, saying that their stipulations were way beyond those of the Paris Principles and that they were inflexible. T

Strict qualifications would only make it hard to recruit commissioners in the future, he warned.

In countering criticism that the NHRC’s work and composition were problematic, What said the agency had been continuously recognised both in and outside the country. In addition, the make-up of the commission also showed diversity – there were rights advocates, a former judge, and social workers.

It was evident that the NHRC had worked for the national and public interest in promoting and protecting human rights, What said.

The NHRC chairman said that in deciding to reconstitute any agency, sacrifices made by commissioners in giving up previous jobs should be taken into account. A reconstitution would also cause difficulties in the agency’s work, he said.