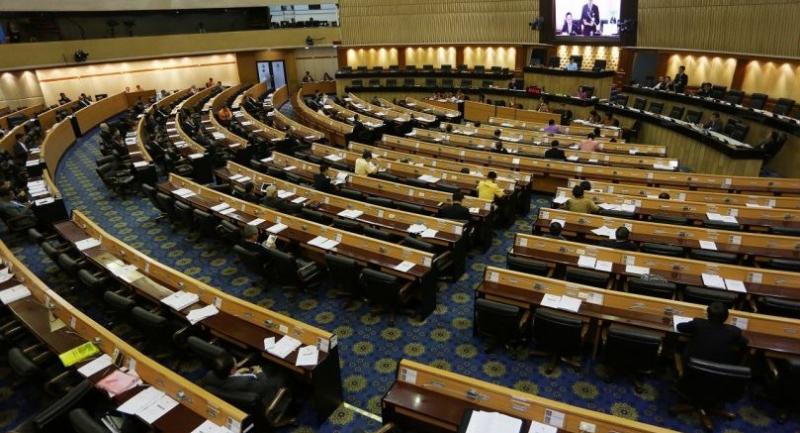 THE PRIMARY voting system, despite its stated intention to eliminate financial influence over political parties, would quite to the contrary empower political powerhouses even further and reduce the chances for emerging, small-scale parties to take part in elections, according to politicians and academics.

The long-discussed voting system was included as part of the political party bill draft approved by the National Legislative Assembly (NLA) last Thursday. While such a system was not written by the charter drafters, it was proposed by the NLA committee vetting the draft, which was passed.

The draft is not at its final stage, however. The charter drafters, the Election Commission and the Constitutional Court would have another 10 days to consider the amended draft and possibly make some suggestions back to the NLA.

The law draft is one of four organic laws constitutionally required to be ready ahead of the next election. Once enacted, it would also mean the junta would have to lift the ban on political gathering of more than four people.

With all eyes on the draft’s procedure, politicians and experts are starting to doubt the efficiency and suitability of the new system in the actual election arena.

Key Pheu Thai Party figure Chaturon Chaisang said the system would create divisions in parties, as party members would focus on individual members rather than the party as a whole. Chaturon said that it would not only increase lobbying of party candidates against one another but also let local influential figures lobby party members to vote for certain candidates of their blocs.

While it is obvious that small parties can hardly survive if this system is implemented, major parties will also be troubled, he said. This is because even large parties do not tend to have a great number of members, let alone having them in all constituencies, as parties would risk being dissolved if any of its members commits a wrongdoing.

“Being selected from some hundred members also does not reflect the people’s decision,” he said “This system would only buy time for the next election, but what could be worse is that the political party system would be degraded in a less beneficial way for the public.”

Nipit Intharasombat, deputy leader of the Democrat Party, also agreed that the system would only promote a clan system in the political arena beginning with the local level.

“Organising primary election at the local level, with a few elected candidates to be nominated for the party’s consideration, there would be no other way but for local powerhouses to influence members over candidate voting,” Nipit said. “This will turn members to switch to local clans or blocs, not truly tied to their party.”

Chart Thai Pattana Party’s key figure, Warawut Silpa-archa, said the system would automatically oblige parties to seek local members or representatives in order to be eligible for the primary voting. “I doubt if that would consequently put more burden on people as being party members,” he said, adding that a certain number of members still cannot reflect the voice of the local people as a whole.

Siripan Nogsuan Sawasdee, a Chulalongkorn University political science lecturer, said the system could not be truly called as primary voting. “In the US, for instance, people are not required to be party members to cast a vote in primary voting,” she said. “This bill draft tends to centralise regulations despite the fact each party has its own rules and approaches.”

The academic viewed that the law might not be applicable when actually practised, given its rather strict nature. As the draft would require the party leader to be number one in the party list, it would also be in conflict if any party does not wish to nominate its leader in the election, she added.

“This system is new to Thailand. “Some loopholes may occur when it is practised, not counting that it would hardly give chance to smaller parties to emerge,” Siripan said.

What political parties have to do in the primary voting system?

- Party’s provincial branches or representatives must have a presence in the contesting constituencies.

- Set up a committee to seek and pick qualified MP candidates

The committee must consist of:

- Party board members – not more than half of the committee’s seats.

- The committee will register candidates, check their qualifications, and send the name lists to provincial branches or representatives to vote in a primary election.

- Names of the top two elected candidates will be reported to the nomination committee.

- The committee will forward the names to the party’s board committee to finalise.

- The committee will make a name list of up to 150 candidates, giving consideration to regional and gender diversity.

- The list will be sent to party branch members or representatives to vote, with no more than 15 names allowed.

- The seeking committee will rank the party-list MP candidates name list from the combined vote counts, with a party leader topping at number one in the list.

- The committee will forward the list to the party’s board committee to finalise.

Both candidate nomination procedures may be repeated from registration if the party’s board can’t agree on some candidates.