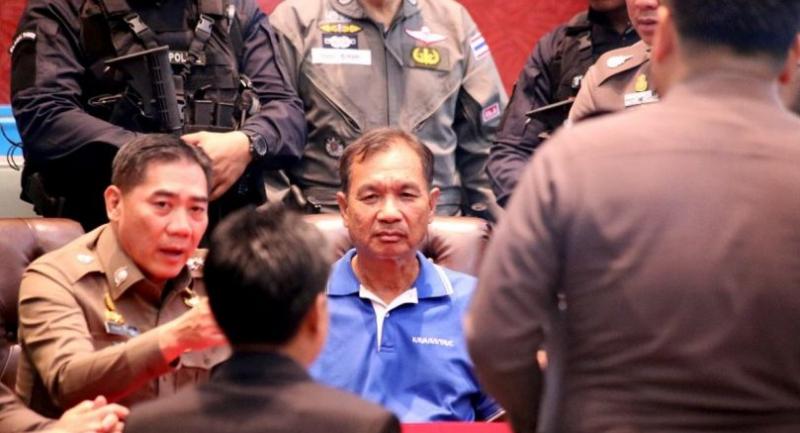 The Royal Thai Army on Tuesday handed over to police a retired electrical engineer arrested for allegedly planting bombs at Phramongkutklao Hospital and other spots in Bangkok.

Wattana Pummares, 61, a former engineer at the Electricity Generating Authority of Thailand (Egat), was arrested last week under a junta order that empowers soldiers to detain suspects.

National police chief General Chakthip Chaijinda and his deputy, Pol General Srivara Rangsibhramanakul, as the chief investigator, received the suspect from the Army at police headquarters.

After a police press conference, Wattana will be taken to reenact the crimes he allegedly committed in five locations.

Wattana will later be detained at the Crimes Suppression Division before further reenactments are staged.