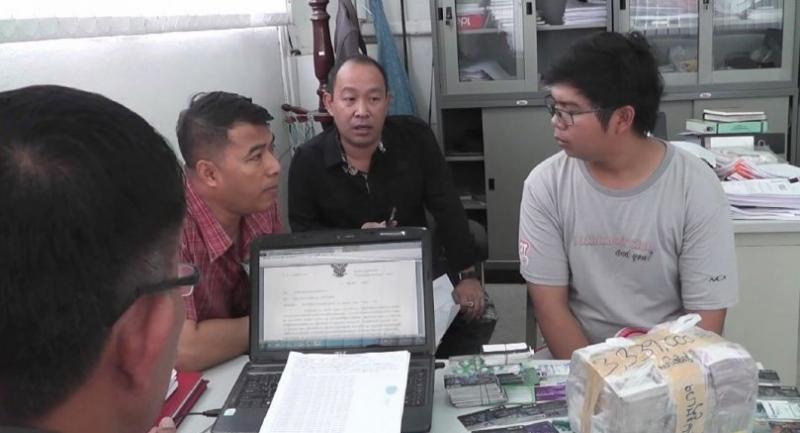 A 24-year-old Cambodian man on Wednesday led 11 compatriots to request the return of 136 Thai ATM cards that Thai police had seized on Tuesday along with Bt3.34 million cash and six Thai bank account books.

Although the Cambodians’ names were on the ATM cards, police refused to return the cards to them pending an investigation, prompting the Cambodians to complain at the Sa Kaew’s Klong Leuk Police Station.

The Cambodians reportedly had given conflicting accounts of their livelihoods. The 24-year-old man, Kaew Heng, claimed the cards belonging to Cambodian workers based in Bangkok, but authorities said his well-dressed compatriots looked more like businesspeople and some had claimed they were exporters.

Deputy superintendent Pol Lt-Colonel Jatupat Singhatthit said police asked Kaew Heng to appear on Wednesday for further questioning, but he still gave contradicting information in regards to the origin of the Bt3.34 million.

He reportedly claimed his Cambodian employer had wired the money to him, although he previously said he brought Cambodian currency to exchange into Thai baht, according to police.

The initial investigation found that he had wired money from various bank accounts to his account and withdrew the cash, which he allegedly planned to smuggle out of the Kingdom, police said.

Jatupat said police had let Kaew Heng go after apprehending him near the Rong Klua border market on Tuesday because they had no incriminating evidence against him, although they were suspicious that he might be involved in transnational motorcycle thefts. Other suspects in the case were busted in Samut Prakan’s Bang Phlee district on January 20.

Before they let him go, police made a photocopy of his passport and recorded his identity details pending further investigation of alleged financial transactions with another Cambodian suspect, Tola Heng, who was arrested for allegedly accepting stolen assets linked to the stolen motorcycles. Police also reported that B1 million was deposited and withdrawn from Kaew Heng’s bank account on daily basis although they could not determine was his profession was.

He also reportedly travelled to and from Thailand on a daily basis.

Superintendent Pol Colonel Seksan Wattanapong has contacted the Anti-Money Laundering Office (AMLO) to join the investigation, while the AMLO in turn invited Jatupat to provide information at its head office in Bangkok on Friday in order to set up a committee to join the Klong Leuk police investigation.