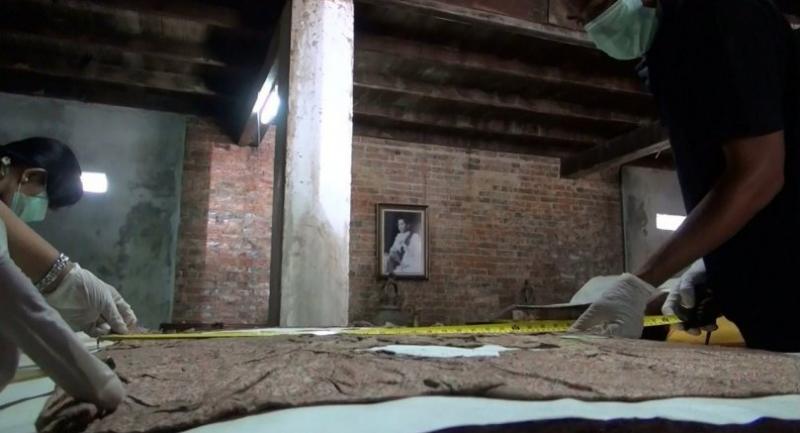 The Fine Arts Office 12 on Friday took 74 pieces of ancient textiles and various artefacts into safekeeping after a trouble-plagued temple found several treasures, including precious gold-thread fabrics, had disappeared.

Phra Khru Promkhetkhanarak, the recently installed abbot of Wang Tawan Tok Temple in Nakhon Si Thammarat, said the office will hold the relics in custody until the temple has developed a proper storage system.

The temple has inherited several items from King Taksin’s royal concubine Chao Chom Manda Prang. The land now occupied by the temple was used as her royal park.

This year, the temple was rocked by scandals with a novice killed on its grounds and more than Bt40 million of its funds embezzled.

The new abbot was dispatched to the temple to facilitate the probes and manage its affairs.