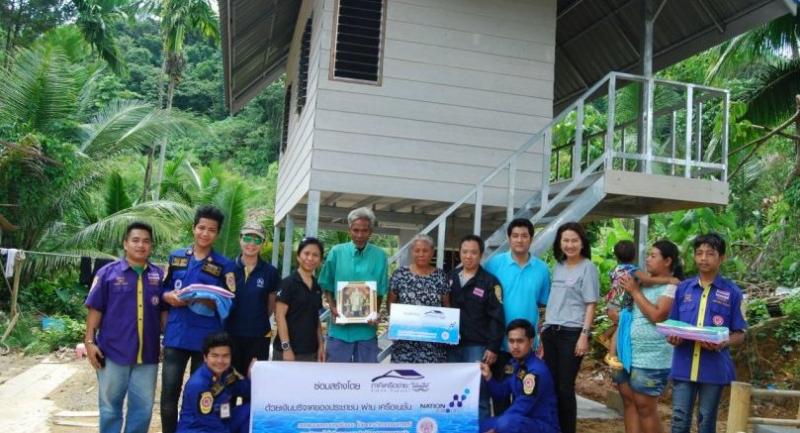 Daungkamol Chotana, adviser to the NMG chairman, said the five-month project helped people to erect shelters and repair public spaces to allow residents to return to normal life due to contributions from civil-society groups, businesses, educational institutions and NGOs.

“The Nation is glad to mediate the post-flood relief efforts and let Thais realise that when a disaster hits, all Thais can join together to help the affected,” she said.

King Mongkut’s Institute of Technology Ladkrabang’s Engineering Faculty dean Komsan Maleesee said the institute had dispatched a team of engineers to help repair efforts in line with the school’s mission to serve society.

He said the institute would also introduce the Lad Krabang Model community flood prevention plan and an emergency communication system for use in the South.

Nakhon Si Thammarat’s Thung Song district resident Jaran Klabkaew said his home had been totally destroyed by the floods, leaving him with only the clothes on his back. “If I hadn’t received the project’s help to rebuild my house, I would have been destitute,” he said. Another resident from Chian Yai district, Somboon Khon-aksorn, said his community’s water source had already been tainted by saltwater, with the quality worsened by the floods, but the project helped to restore palatable water.