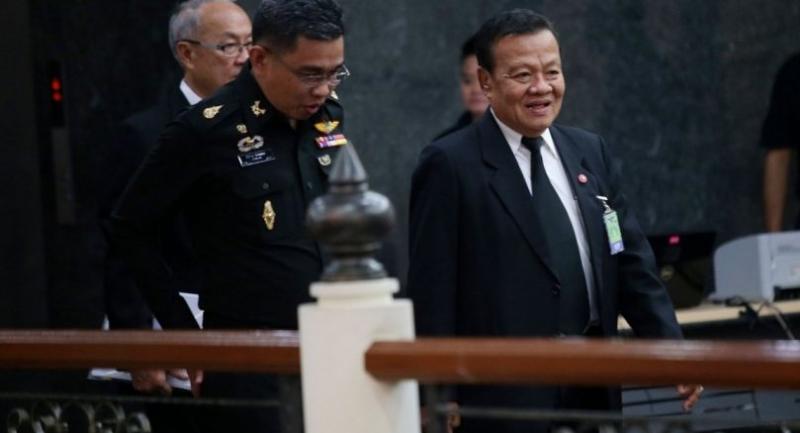 THE FORMER ruling Pheu Thai Party wrote to the National Legislative Assembly (NLA) yesterday, calling for a review of some clauses in the controversial section on primary voting in the organic law on political parties.

The Election Commission (EC) has insisted that the changes are still feasible.

Despite claims that the new voting system will boost participation and eliminate financiers’ influence on parties, Pheu Thai considers the law confusing and inconsistent and leaves a loophole that could lead to power domination and fraud.

Primary voting – proposed for the first time as part of the newly passed political party law – calls for each party’s branches or representatives nationwide to hold a primary election to select MP candidates.

The list would then be proposed to party executives and selection committees for shortlisting and endorsement.

It has become controversial as various groups lock horns over its feasibility, while major political parties, including Pheu Thai, oppose the change.

Pheu Thai argues that to empower 100 branch members and 50 provincial representatives to determine a constituency candidate could allow a loophole for any member wishing to be fielded to organise supporters to vote for them in the primary round.

It also poses an issue of inclusiveness, as 50 to 100 people is considered to be relatively small, the party said in its letter to the NLA.

Pheu Thai said it supported original clauses drafted by the Constitution Drafting Commission (CDC), whereby a candidate for a seat would be selected by the party’s board and selection committee, as proposed by party members. Such a system would be better in practice, as inclusiveness would also be secured, the leading party in the pre-coup coalition government said in its letter.

The letter, signed by Pheu Thai acting leader Police Lt-General Viroj Pao-in, came as a formal reaction to the organic draft bill regulating political parties, which was passed by the NLA on June 15.

Meanwhile, the EC insisted that the primary voting system was feasible and rejected claims its disagreement with the charter drafters on the matter stemmed from the fact EC members are set to be dismissed.

EC member Somchai Srisuthiyakorn said that initially responsible agents had not seen anything in the draft law that would contravene the Constitution. Although the primary voting system would surely complicate the EC’s work, it was more than willing to do it for the public interest, he said.

Somchai noted that big political parties opposed this system because of the decentralisation effect.