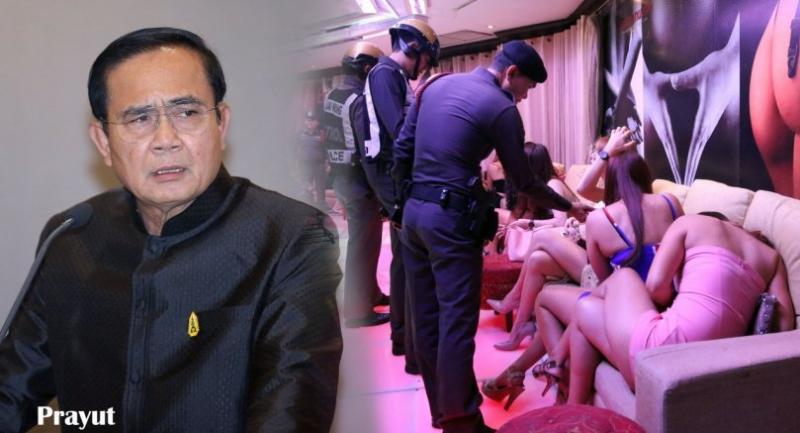 Fight against trafficking already on govt agenda; no date yet for US visit

While the schedule for Prayut’s visit to the US is not yet fixed, government officials are preparing the premier’s agenda for his talks with President Donald Trump, including a list of military hardware.

Speaking hours before the Trafficking In Persons (TIP) report was released, Prayut said he did not mind how Thailand was graded by the US in the report as it was now part of the national agenda to tackle these concerns.

In September 2015 – the same year that camps involving many boatpeople, plus a report on slave labour in the food sector emerged, Prayut’s government vowed to put human trafficking at the front of its agenda.

But the government’s subsequent actions to tackle modern slave trading have seen the country elevated from the lowest Tier-3 level in 2015 to the Tier 2 Watchlist last year, signifying the country’s improved efforts to eradicate the problem.

In January, the Foreign Ministry submitted a report to the State Department on Thailand’s 2016 performance in battling modern-day slavery, for the TIP report.

Earlier this month, Government House also hosted an event for National Anti-Human Trafficking Day, where Prayut said his administration had so far uncovered and investigated 333 cases, 75 per cent of which involved prostitution.

“Not only [do we seek] prosecutions against traffickers, the authorities also focus on law drafting and amendments to provide new legal tools to tackle human trafficking, such as the newly proposed Human Trafficking Act and the Criminal Code on the punishments in human trafficking cases.”

‘Only focusing on old cases’

He said that although authorities had stepped up law enforcement, only small-time traffickers were arrested and most cases involving masterminds slipped from prosecution. The government did not work in cooperation with NGOs and these two arms often worked separately.

Meanwhile, Prayut said his official visit to the White House should be announced within 10 days of the visit.

The date, initially listed at around late July, is uncertain as Foreign Minister Don Pramudwinai said Trump would have to attend the G-20 summit, while Prayut is busy with many domestic affairs next month. The G-20 summit will take place in Hamburg, Germany from July 7 to 8.

Relations between Thailand and the US have improved since Trump took office this year and dropped US criticism of the Thai junta’s suppression of democracy and human rights.