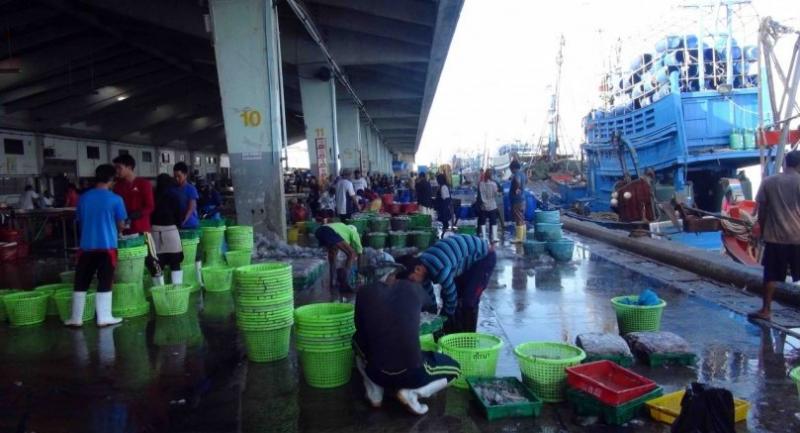 The European Union’s evaluation of illegal fishing in Thailand could be influenced by the Kingdom remaining in the US Tier 2 Watch List of the 2017 Trafficking in Persons report for another year, Agriculture Minister Chatchai Sarikalya said.

The EU delegation is due to visit Thailand in the first half of next month to follow up on the country’s progress in fighting illegal, unreported and unregulated fishing.

Thailand so far has made some progress in fishery fleet management as nearly 100 per cent of fishing vessels have already been registered, he said, but noted that the authorities had not been able to trace a number of fishery trawlers.

All fishery vessels, including supporting ships, are now installed with a Vessel Monitoring System, he said. He said there were some problems with the controlling centre since officials were not yet fully familiar with the equipment and the system. Some officials are now undergoing training to handle the South Korean-made control system, he said.

The government has made progress in law enforcement as more than 100 cases are now being prosecuted, he said.

He believes the measures and actions taken by the government are enough for the EU to remove Thailand’s “yellow card” status.