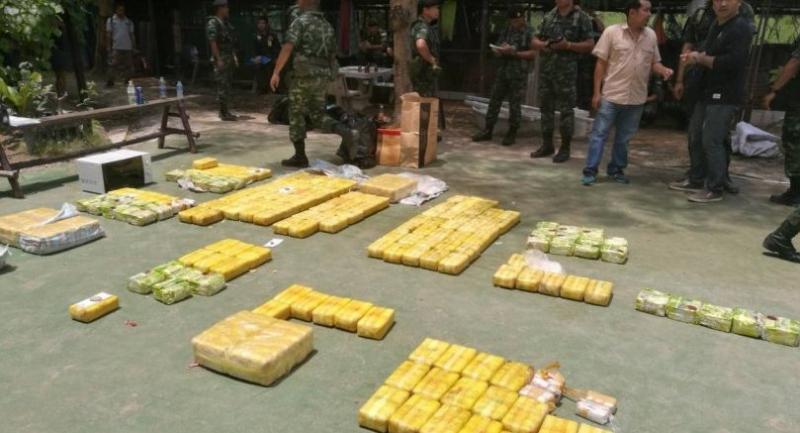 They seized black plastic bags containing 1.8 million “yaba” pills and 39 kilograms of crystal meth in a wooded area near a Muay Thai camp and a cock-fighting camp, and arrested the camp caretaker, Wanrob Narongsak, 27, for drug-dealing. Wanrob reportedly confessed that he took the drugs from a Wa tribal group, smuggled them into Thailand via the northern border and stored them near his workplace pending distribution.

The operation was carried out following the arrest last week of a Sai Mai-based drug retailer and the confiscation of 5 million yaba pills.

Police allege that the cock-fighting camp served as a storage facility for illicit drugs before distribution to sellers in Sai Mai, Don Muang, Nong Chok and Lat Krabang areas as well as nearby provinces. Police had staked out the area for nearly two weeks before the raid took place on Monday.