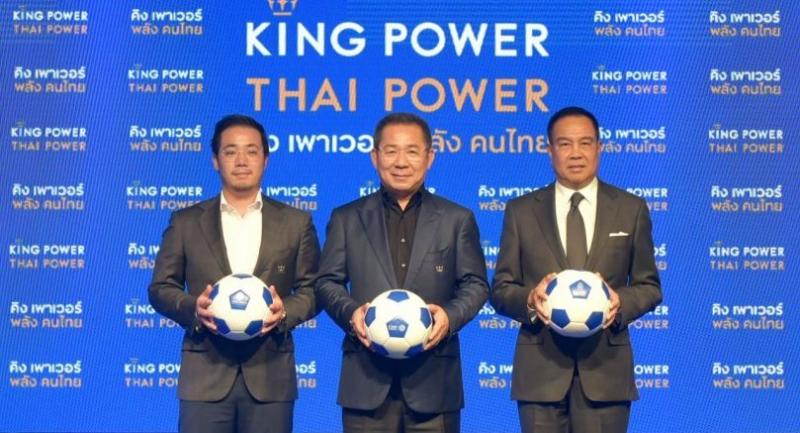 KING POWER will build 100 artificial football pitches and donate 1 million balls to children in schools all over the country, according to its CEO Aiyawatt Srivaddhanaprabha.

The country’s leading duty-free retailer has launched a countrywide campaign called “Sport Power” that aims to develop football skills of the children. “It’s our intention to support Thai people as our company is run by Thais. We realised that Thai people are capable enough to compete at the global level,” Aiyawatt said. This year the company plans to lay 20 artificial pitches that will rise up to 100 by 2022. One million balls will be given away to children in an attempt to promote football, he said. Players from the Fox Hunt Season 1

Aiyawatt said his company has been continuously contributing to Thai football with the Fox Hunt project, which gives scholarships to talented youngsters who are trained at the Leicester Football Academy in England. Other King Power football programmes include Leicester City Football Clinic and King Power Cup.

Aiyawatt said King Power’s purchase of Belgian club Oh Lueven was done with an eye of giving Thai youngsters a chance to pursue a professional career.