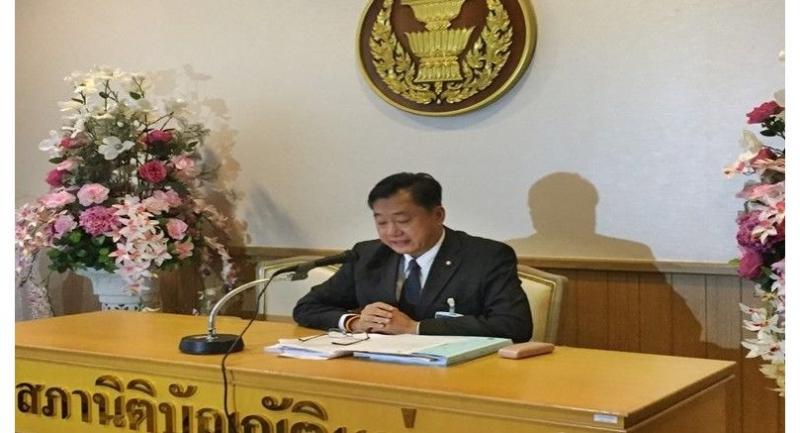 The joint law-review committee resolved after a five-hour meeting on Tuesday that the clauses questioned by the Election Commission in regard to the draft EC organic bill, including the resetting of the current EC membership, were all constitutional, committee spokesperson Somchai Sawangkarn said.

The panel had convened to review the controversial Election Commission draft bill, the first among four organic laws required for the next general election.

The bill was passed by the National Legislative Assembly (NLA) late last month, but the EC had since proposed a number of points arguing against its endorsement based on what it deemed to be the questionable constitutionality of certain parts of the draft law.

The committee examined all six points made by the EC, including the total resetting – or replacement – of the current EC members, and concluded that all relevant parts of the legislation were constitutional, suggesting that there would therefore be no further amendment of the bill.

Somchai said the panel would meet again on Friday, before submitting the bill to the NLA to vote on whether or not to formally endorse it, probably on July 13 or 14.

If affirmed, it would be the first of the 10 organic laws addressed in the new charter to be promulgated.

There is only one representative from the EC – Supachai Somcharoen, who chairs the electoral agency.

He said he remained opposed to the committee’s decision and had asked for his reservations and opinions to be put before the upcoming meeting of the NLA.