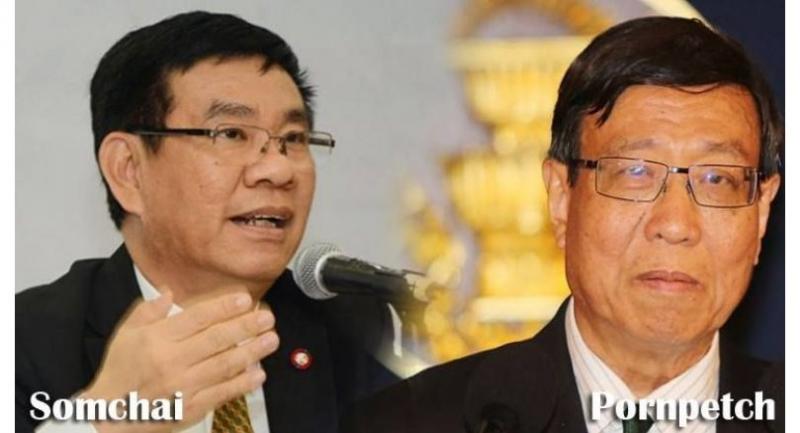 The Election Commission (EC) should be quick to inquire into 90 members of the National Legislative Assembly (NLA) to see whether their share holdings in state projects or concessions violated the present charter, NLA President Pornpetch Wichitcholchai said on Wednesday.

Pornpetch said there was a past constitutional court ruling that parliamentary members as well as those in independent agencies who had or sold shares before the charter was promulgated would not violate the charter.

But their actions would be illegal if they obtained shares after the promulgation of the charter. Therefore, he wanted the EC to quickly probe the allegations.

Pornpetch spoke after the EC concluded on Monday to set up a committee to probe 90 NLA members after Pheu Thai Party’s lawyer Ruangkrai Leekijwattana filed a petition that they might have violated the enforcing charter’s Article 184 and Article 101.

Article 184 stipulates that members of Upper and Lower Houses must not, directly or indirectly, receive or interfere with stocks or concessions from the government, bureaucratic agencies, state agencies or state enterprises.

Article 101 stipulates that the Houses’ members who commit such acts must be deposed from their positions.

The rules are designed to prevent conflicts of interest among political office holders and those in independent agencies.

The NLA members are now acting as if they are both MPs and senators.

Election Commissioner Somchai Srisutthiyakorn said on Tuesday that the EC might proceed the matter to the Constitution Court if they found grounds to do so.

Somchai agreed with the NLA President's request, saying this case would be applied to future qualifications of members of both Houses.

“If the NLA members are secure despite the fact that their qualifications have violated the charter, how could they efficiently screen MPs or senators in the future?” he said.