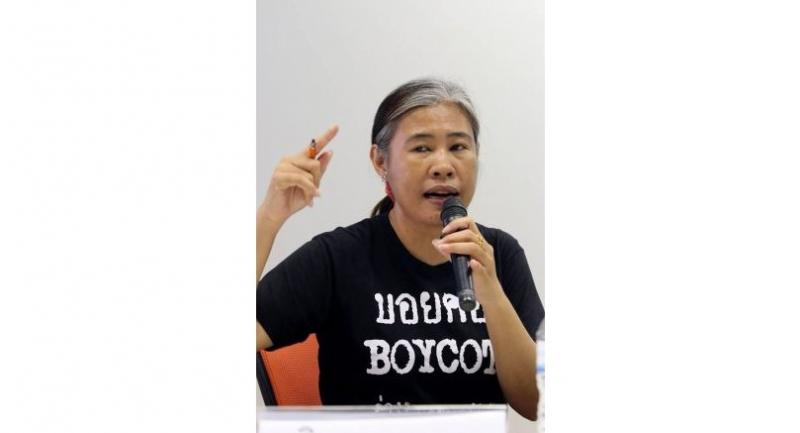 The Military Court on Thursday dismissed charges against labour activist Jitra Kotchadet for violating a 2014 junta summons, acknowledging that she was in Sweden and could not return to Thailand in time.

The court noted that Jitra had reported to the Thai Embassy in Stockholm, indicating that she did not intend to defy the order.

Jitra, a former president of the Triumph Labour Union, was in Sweden when the National Council for Peace and Order seized power in May 2014 and began summoning potential adversaries for sessions of “attitude adjustment”.

When she learned she’d been ordered to report by June 3, 2014, Jitra submitted a letter via the embassy in Stockholm to junta chief Gen Prayut Chan-o-cha, seeking a waiver.

It was refused, and Jitra was arrested at Suvarnabhumi Airport when she returned on June 13 that year. She was committed for trial in Military Court but remained free on bail.