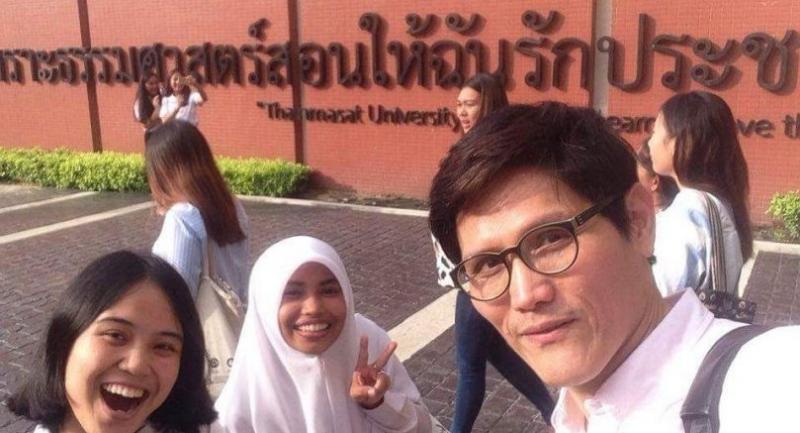 Expert wonder how the measure will raise quality.

THE DRASTIC policy to reduce the duration of teacher-education programmes from five to four years has raised many questions.

Not only does the policy seek to undo the initiative launched 13 years ago to improve teacher quality, it also fails to make clear how it will benefit the country’s educational sector.

“I wonder what research has backed this policy,” Asst Professor Athapol Anunthavorasakul, a lecturer at the Chulalongkorn University’s faculty of education, said. “And I wonder how this policy will raise teacher standards.”

According to the TEDC, there is no point requiring students to study for five years given that Thai children’s scores in the Programme for International Student Assessment (PISA) had not improved between 2000 and 2015.

“The first batch of teachers who come from the five-year programmes started service just in 2009. Their number is still relatively few in Thailand’s overall teacher workforce,” Athapol said, “So, are you too quick to judge the results from the five-year course?”

More than one decade ago, Thailand resolved to increase the duration of education programmes in the hope of raising teacher quality. At the time it was believed that students would have more time practising teaching, developing techniques and designing materials for better performance.

At the launch of the programmes, there were high hopes that teacher quality and teachers’ salaries would rise. It was believed then that the teaching profession would also automatically attract more capable people. Athapol said he really could not understand the idea of undoing these well-intentioned programmes.

Athapol attacked the Teachers’ Council of Thailand for approving the drastic policy.

“They didn’t even consult teacher-producing institutes first. We know nothing. Until lately, we have still worked on the plan to improve the five-year programmes,” he said.

Panya Thongnin, the dean of Ratchaburi Rajabhat University’s faculty of education, lamented that his institute had just completed revising its five-year programme two years ago. “If you are going to switch to the four-year programme, we will have to overhaul the programme design,” he said. In the face of growing criticism, TEDC president Dr Prapansiri Susoarat has sought to explain that the policy is subject to further review.

“We still plan to gather more information and listen to the voice of all relevant parties. We, moreover, plan to conduct serious research on this policy for the ultimate goal of boosting the quality of education programmes,” she said via her Facebook account.

According to Prapansiri, although the majority vote at the TECD meeting on May 30 wanted to see the education programme’s duration reduced from five to four years, the TECD had already decided to conduct in-depth research first.

“We will take a careful approach to ensure no damage is done,” Prapansiri said. She also explained that the Teachers’ Council had to date only considered the proposal from the TECD. It had not yet made a final decision either.

“There is no need to quarrel over the four-year or five-year stuff. What we should focus on is how to improve the quality of teacher production,” the president of the TECD concluded.

Education Minister Teerakiat Jareonsettasin also explained separately that if teacher-training institutes switched to a four-year duration, their graduates would have to take an exam to get teaching licences.

“They will not automatically get one like those who graduate from the five-year programme,” he said. However, the idea to reduce the length of the education programme is not without supporters.

“Teacher quality is great. This is also reflected in student quality, as children in those countries have performed well in PISA,” she said.

Pattanan said teacher-training institutes in Thailand should be made aware of the cost efficiency of their programmes. She added that research had shown that new-generation teachers lacked patience and were unable to cope with the actual work environment at schools because they were trained to teach at well-equipped schools.

She wants teacher-education institutes to switch back to four-year programmes.

In 2004, teacher-training institutes launched five-year education programmes, replacing the four-year ones, in the hope of raising the quality of their graduates.

How many students have applied to these programmes?