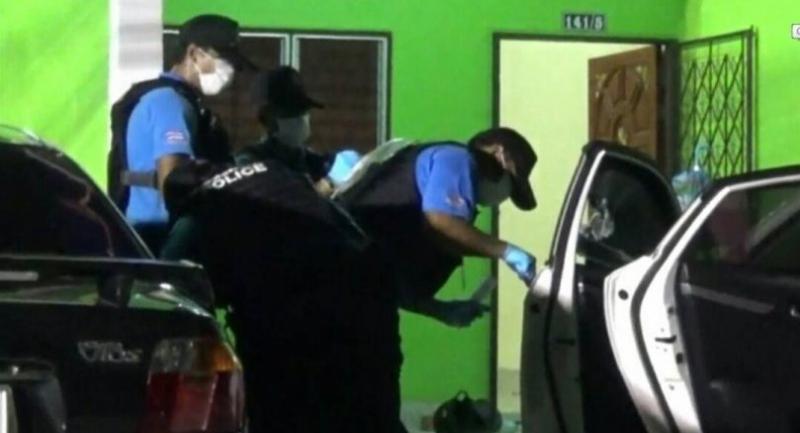 Soon after the 9pm attack, police officers including forensics investigators and a bomb squad were scouring the scene in Tambon Don Rak.

They found the victim’s white sedan with the driver’s side window shattered, bloodstains and 10 spent ammunition cartridges.

Police determined that Iklas, formerly attached to the 46th Ranger Task Force in Narathiwat, had just returned home from that province and was talking with a neighbour, while his wife, a nurse, was inside their apartment.

She’d been living there almost a year. Iklas had only just moved in two months earlier.

The gunmen arrived and blocked the entrance to the residential compound and two of them shot Iklas as the neighbour fled.

The attackers burst into the apartment to demand his car keys and ransacked the room and the vehicle before fleeing.

Police are trying to determine whether the murder stemmed from a personal conflict or was related to the insurrection in the South.