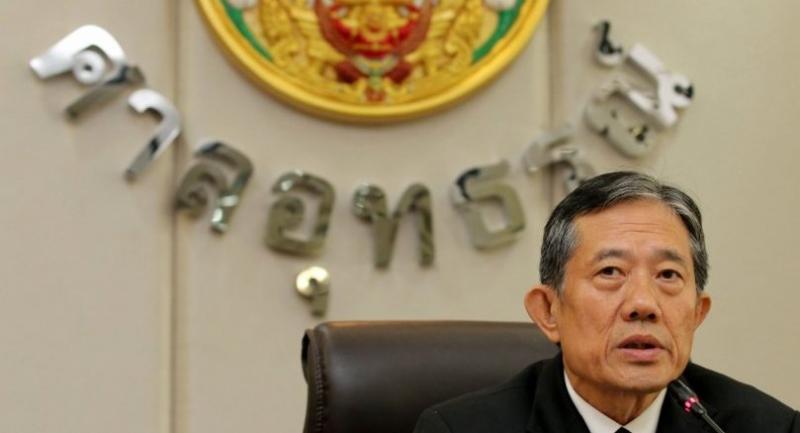 Appeals Court president Sirichai Wattanayothin on Wednesday threatened to take legal action if he is removed from his current post to fill the position created by the Judicial Commission as adviser to the Supreme Court president.

“According to custom, candidates failing to get nominated as Supreme Court president remain in their existing positions. That was what had happened in the past,” he told a tense press conference at the Appeals Court.

“I could be the first person to be moved,” he said.

Sirichai had failed to get nominated by the Judicial Commission even though he was the most senior candidate.

The commission backed the next most senior candidate, Supreme Court vice president Cheep Jullamon, for the top job at the country’s highest court.

The panel gave no reason for its decision to overlook Sirichai, but a source from the nominating committee said he was deemed as lacking qualifications and not performing to expectations.

Sirichai said that he did not think it was lawful to appoint him an adviser to the Supreme Court president.

“What I can do is to take legal action,” he said, struggling with his emotions.

The senior judge said he was not worried when the Judicial Commission set up a fact-finding committee to investigate him.

He had done his duty honestly and with devotion over the past four decades of his career.

With a shaky voice, he said that had never thought of resigning.

“I have worked as a judge for 40 years and I still love this organisation.”