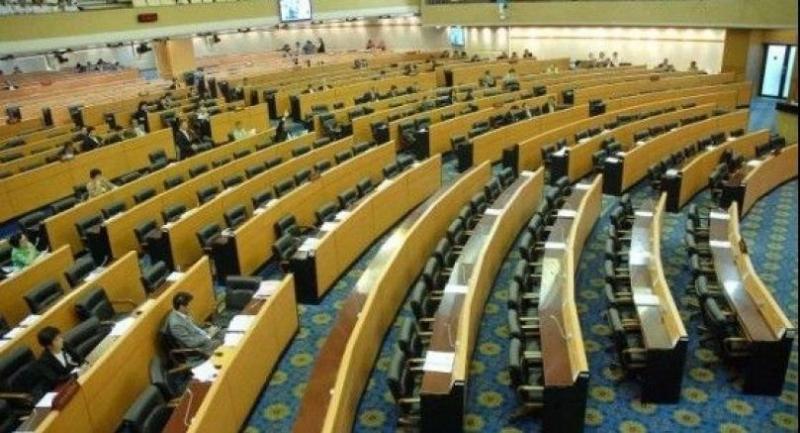 Following the NLA’s approval, the bill, among the four organic laws needฌed for the coming election, will be the fi rst subject to royal endorsement and promulgation.

Following the legal process, the NLA will pass the bill to the Cabinet, which will then send it for royal endorsement before it is published in the Royal Gazette and takes effect.

The bill, drafted by the Constitution Drafting Commission, was deliberatฌed on by the NLA early last month. The NLA’s lawvetting committee had made revisions to the draft, including proposing total replacement of curฌrent EC members. The revised bill was then endorsed by the NLA in its secฌond and third readings.

Under the process outlined in the new charter, concerned agencies may raise objections on whether clauses in the bill are constitutional or not. The EC had raised six issues that it deemed unconstitutional, including the total reconstitution of the EC, and officialฌly informed the NLA of its objections to the bill. This led to the appointment of a joint law review committee to study the bill.

The committee, however, resolved that the bill was constitutional, sugฌgesting no further revision of the bill was required.

The NLA vote 1940 to endorse the bill, with seven abstentions.

EC president Supachai Somcharoen also attended the NLA meeting yesterday to present the EC’s views. Supachai insisted on the EC’s stance, especially the point conฌcerning the commission’s current term, which would end after promฌulgation of the new EC law. Supachai said the NLA’s lawvetting commitฌtee had made significant changes to the bill’s content that resulted in infringement of the EC’s rights.

The bill, he added, did not adhere to the rule of law, governance and tradition, in addition to being parฌtial.

“We did not fight to protect our interests, but as a lawyer, I must say that this bill is unconstitutional and must be objected to. The EC must proฌtect its integrity, although we know the consequences,” said Supachai, while urging the NLA to consider the points raised.

Pakorn Nilpraphan, member of the joint law review committee, defended the decision made by the review comฌmittee, insisting that the NLA endorse the bill.

He said the bill adhered to the prinฌciple without taking into consideraฌtion anyone’s interests.

Pakorn said that the new charter does not stipulate continuity of current independent agencies’ terms, but instead leaves some room for considฌeration following the need to restrucฌture agencies.

The EC, Pakorn said, was a case in point, and said the bill was not a punฌishment for the agency, as outgoing EC members would be rewarded after they leave office.

EC member Somchai Srisutthiyakorn said the EC would meet and decide next Tuesday whether to petition the Constitutional Court.