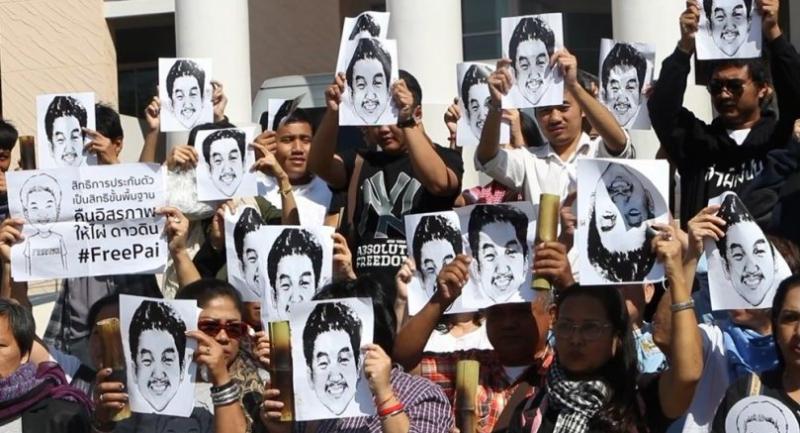 A GROUP of international activists is launching a campaign called “Bring the World to Pai” to tell the stories of Jatupat Boonpattararaksa, also known as Pai Dao Din, and other political prisoners, as well as to tell the world about the current situation in Thailand.

The move is to express solidarity with Thai activists opposed to the military-backed regime.

Pai has been detained since December for sharing on Facebook a BBC article deemed insulting to the monarchy. His bail requests have been rejected more than 10 times since.

Despite months of detention, Pai remained in good spirit and told his international friends, with one of his fists up in the air, to encourage young people everywhere to carry on their struggle for freedom and democracy.

The five international activists would share their experience of meeting Pai and other political prisoners in their own languages to spread the word about the situation in Thailand, according to the New Democracy Movement Facebook page.

In its Facebook post, the anti-junta group also insisted it would continue to fight until justice and freedom are restored.