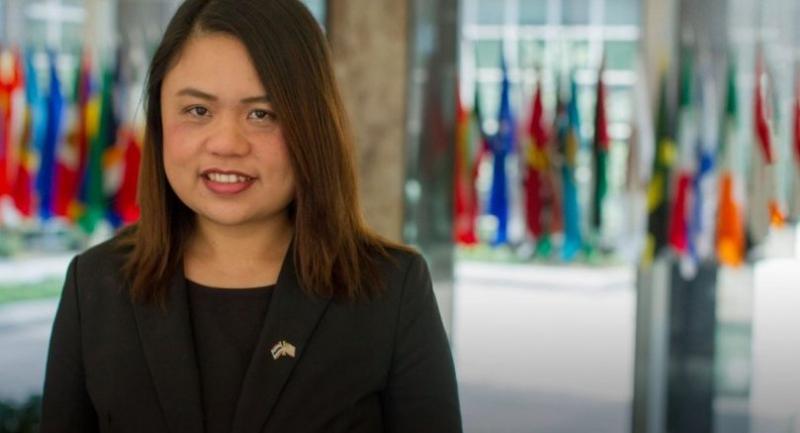 THE THAI WOMAN honoured in the latest Trafficking in Persons (TIP) Report has harboured an ambition to end trafficking of children since she was eight years old, when she witnessed the pain of a young sex victim.

“I was only eight years old when I first saw a child become a victim of sexual exploitation, and I could do nothing. Since then I realised that my life’s goal is to help these children,” Weerawan Mosby said.

She is one of the eight nominated human rights defenders from around the world honoured in the United States, and has received the TIP Report Hero Acting to End Modern Slavery Award.

Founder and director of HUG Project, Weerawan spoke of her six years of work helping child victims of human trafficking and the sex trade. She still carries on the fight for children’s rights and to end human trafficking.

“From my work experience, the problems of human trafficking and sexual exploitation of children are still severe in Thailand. With the more convenient communication on the Internet, the criminals can get to the children and procure them more easily,” she explained.

“Since my organisation is better organised every year, we have come across more and more worrying cases of trafficking of children to the sex industry and cases of paedophilia. In the end, when facing these evil practices, we are all confronted with a choice: do nothing or do something.”

Though based in Chiang Mai, Weerawan’s team provides nationwide help for child victims and closely cooperates with Thailand Internet Crimes against Children unit of the Royal Thai Police to deter online crimes against children.

“So far, our organisation has worked on 100 cases of child-trafficking, and around 30 cases have gone to court,” she said.

Though perhaps best known for their pro-active approach of strong intervention, Weerawan said her organisation also takes a “defensive” approach, raising people’s awareness of the issues. They also teach children to guard against becoming ensnared by human trafficking and the sex trade.

“Technology is the double-edged sword. On the one hand, it can be a tool used by traffickers to prey on innocent children, but on the other hand, it can be the easy-access platform to educate people about this problem,” Weerawan said.

“We are also trying to get schools to teach about how to prevent yourself from becoming a victim of human trafficking and the sex trade, and we encourage schools to set up monitoring systems to find the students who are in trouble and to help them.”

Weerawan stressed that the most important thing in helping child victims was to understand what they have gone through and to support them. “Many people still have the wrong conception about victims of sexual exploitation and trafficking. They mistakenly perceive the children as having willingly put themselves at risk and blame them, but instead we should sympathise with these children and help them to get back to normal life,” she said.

Weerawan is determined to continue her work helping children, and cooperating with police and fellow human rights groups to stop this crime against minors in Thailand.

“Human trafficking is not only a crime against individuals, but also against human rights and human dignity,” she added.