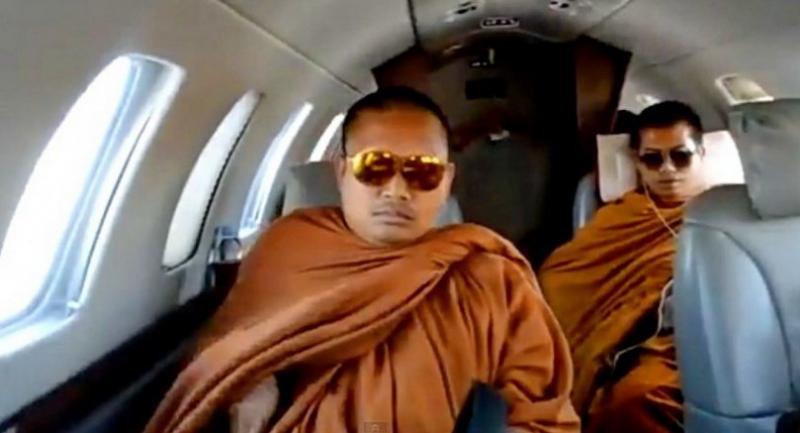 A TEAM from Office of the Attorney-General and Depart-ment of Special Investigation (DSI) departed to the United States yesterday to bring the fugitive ex-monk Wirapol Sukphol, better known as Luang Pu Nenkham, back for prosecution in Thailand.

Amnart Chotchai, director of the Office of the Attorney-General’s International Affairs Department, revealed that Thai authorities had been informed about the verdict of a court in California to extradite the ex-monk.

He is wanted in Thailand on charges of fraud, sexual harassment against a juvenile, and money laundering.

Amnart said that Wirapol still has the right to appeal to a higher US court, and the Thai officials will have to wait until next week to see if that happens.

“After we get him back to Thailand, he will be taken to DSI for interrogation and informed about his charges, and then he will be transferred to Office of the Attorney General [before he appears in] court.

“More detail about the prosecution of his cases will be disclosed to the media soon,” Amnart said.

Efforts to extradite Luang Pu Nenkham have been ongoing since last year after a request from the DSI to the Office of the Attorney General.

The Office of the Attorney- General worked closely with US authorities until the court in California permitted the extradition.

Thailand and the US have a criminal extradition treaty.

Not only does he face charges for the criminal offences of fraud, sexual harassment against a juvenile, and money laundering, Luang Pu Nenkham has also been sued in the Civil Court for money laundering.

The Office of the Attorney-General has asked the court to seize his assets and those of eight other alleged conspirators, totalling Bt40 million.

Luang Pu Nenkham was once a famous monk and the abbot of Wat Pa Khanti Dhamma Monastery in Si Sa Ket.

He fled to the US in 2013 after he was found to have violated many religious rules and was forced to leave the monkhood.